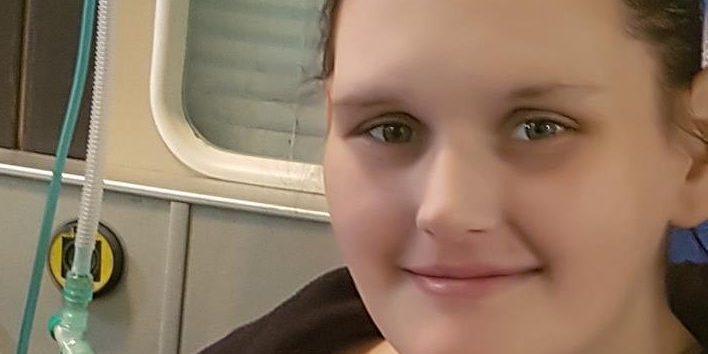 Once dubbed Britain’s fattest teen, Malissa Jones has baby and vows her son WON’T become obese like her… story in CLOSER mag 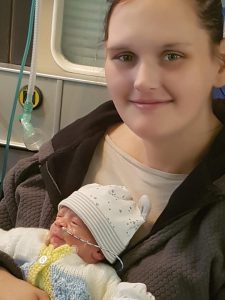 Doctors then said Malissa would never have a baby.
But she has defied doctors to have a baby boy
Says she will never let him grow up to be fat
Once dubbed Britain’s fattest teenager Malissa jones weighed 35 stones. A gastric bypass saved her life but then she lost so much weight she became anorexic.
Worst, Malissa desperately wanted a baby. But she suffered a number of devastating miscarriages and lost a baby boy at 27 weeks.
Doctors then gave her the terrible news that due to internal abdominal scarring from the gastric bypass she would never be able to carry a baby to full term.
Her marriage to her partner at the time fell apart and life seemed bleak.
However, she went on to meet a new partner, Paul and become stepmum to his two sons from a previous relationship – and incredibly against the odds recently gave birth to her own baby boy.
After a gruelling pregnancy, in July this year son Louis was born early weighing just 3Ib – but is now home and thriving. 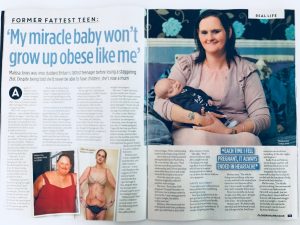 Sadly she and Paul have recently split, although he is still a hands-on dad with Louis.

But Malissa is just thankful to be a mum at last – and she is vowing not to let her son become obese and go through the same nightmare.
Malissa has put on weight since her anorexic days – she is now 13stones –  but still suffers with surplus skin and other medical conditions due to the op (such as diabetes and a lack of some vitamins).
I have represented Malissa since she had her bypass in 2009 and through Featureworld Malissa has not only appeared in dozens of publications worldwide but also on TV worldwide!
Read some earlier stories about Malissa’s extraordinary journey here, here and here.
Category: Closer stories, Stories sold in 2017, Stories sold to a magazineBy Alison Smith-SquireOctober 10, 2017
Tags: Baby storiesobesity
Share this post
Share with FacebookShare with TwitterShare with PinterestShare with LinkedInShare with WhatsApp