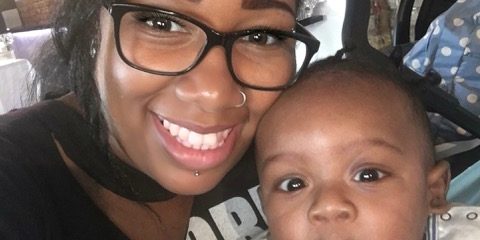 Miscarried 18 babies: Getting pregnant was the easy part … so why couldn’t I have a baby? Story in TAKE A BREAK 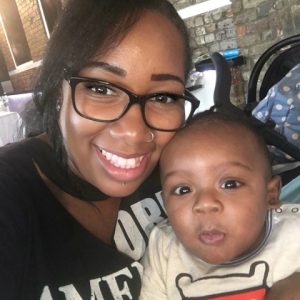 Doctors could not find out why

But despite being told she should adopt, she didn’t give up.

Is now mum to a gorgeous baby boy

When Samantha Phillips was 19 she got pregnant with twins. After worrying about how she was going to cope, she was thrilled. But at 14 weeks she miscarried a tiny baby girl followed by the twin, a boy, three days later.

Samantha put it behind her and a year later she got pregnant again but miscarried at eight weeks.

Samantha split up with her partner and when she met someone else she thought having a baby with him might work. But pregnant with twins, she miscarried again at seven weeks, miscarrying another set of twins six months later at nine weeks.

After that relationship finished she met another man but in January 2012 she miscarried again. Six months later she was pregnant with triplets but miscarried at 11 weeks followed by another miscarriage at eight weeks.

Doctors were puzzled and carried out lots of tests. They had no idea why she kept on miscarrying babies.

One doctor suggested she should consider adoption. But Samantha was determined to have a baby. 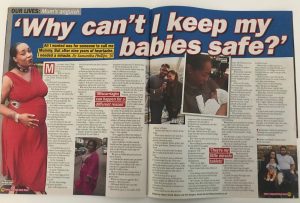 Samantha in Take a Break!

She met her partner Andre and after getting pregnant with twins, her hopes were raised when she got past 14 weeks – but a week later she miscarried again.

It was the 18th baby she’d lost and she was absolutely heartbroken. But this time her consultant decided to run tests on the placenta. It was then he suggested next time she got pregnant she should take a progesterone hormone supplement for the first few weeks.

Incredibly she reached 12 weeks and then 20 weeks. The couple found out they were having a boy. Samantha hardly dared to believe she would actually have a baby but Andre persuaded her to at least buy some baby clothes, nappies and a pram.

Her labour was gruelling but finally she gave birth to gorgeous Zuberi – his name means Strong!

Zuberi is Samantha’s world. It took nine years of heartache but she is so delighted to finally be a mum!

Samantha, now aged 30, has written a book on her experience to help other women going through the same  – Accepting Joy Through Loss is available from Amazon and iBooks.

I placed her amazing story in Take a Break where it appeared over two pages – complete with a little plug for her book!

Do you have a story about recurrent miscarriage to tell? Get in touch for more details about how you can tell your story in a magazine >>>

Category: Stories sold in 2018, Stories sold to a magazine, Take a Break storiesBy Alison Smith-SquireJanuary 5, 2018
Tags: Pregnancy stories
Share this post
Share with FacebookShare with TwitterShare with PinterestShare with LinkedInShare with WhatsApp