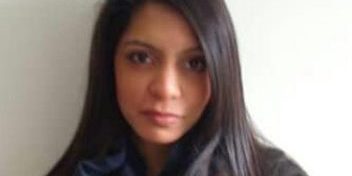 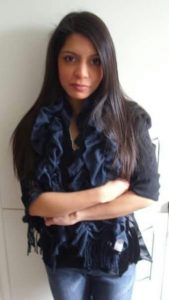 But claims she lost confidence after being bullied

Bee Patel and her husband Neil contacted Featureworld as they wanted to expose what they claim is an unfair contract at Le Cordon Bleu cookery school.

When mother of three Bee Patel, 34, splashed out £40,000 life savings to attend London’s prestigious Le Cordon Bleu Cookery school, she believed she would be getting world class teaching.

But she and her husband, a civil servant, are now set to sue the world famous organisation after claiming far from helping her achieve her ambitions, constant criticisms and bullying have ruined her confidence in the kitchen.

Mrs Patel, who was inspired by BBC Bake Off and Masterchef to hone her skills, says teachers often burnt their own food during recipe demonstrations and she was continually picked on over her lack of seasoning in her dishes. 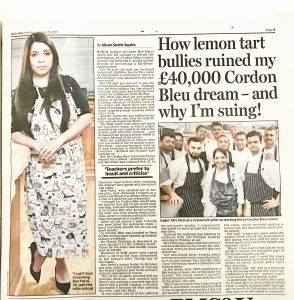 Bee in the Daily Mail

She adds despite making complaints about bullying, nothing was done when on one occasion another student pinched her pancake batter or on another when her poached egg dish was sabotaged.

The final straw came when she failed a patisserie exam and was charged an additional £6,000 to retake that part of the course. Following an appeal judges said they could still not allow her to pass the exam as her pastry tart shell was ‘raw in the middle and unevenly cooked. Your piping skills were very poor and below the acceptable standard.”

As a consequence at the beginning of January, Mrs Patel, who with husband, has three small children, felt she could no longer face attending and asked for a refund.

But she was refused prompting her husband to say the Le Cordon Bleu contract is unfair and that he and his wife would be forced to consider legal action.

Mrs Patel, who trained as a lawyer in her twenties, says: “For that vast amount of money I do not feel I received the high quality teaching, sufficient and fair training. My complaints were brushed under the carpet and the exams were designed to get rid of me. After the money paid, I should not have failed the Patisserie exam. I most certainly should not be paying more money. All I ever wanted to be is a top chef and I thought this course would help that but it has been a disaster.”

Her husband said: “My wife is a fabulous cook but due to the way she’s been treated, she has now lost all of her confidence in the kitchen.”

Le Cordon Bleu was founded in Paris in 1895 and has since opened up cookery schools worldwide. Le Cordon Bleu Cookery school in Bloomsbury Square promises those who attend tradition, innovation and excellence.

The Grand Diplome is described as ‘your passport to the culinary world’. Prices for the nine month course start at £33,995.

In 2008 police were called to the school after a 28 year old man threatened to kill himself after failing one of the exams.

A spokesperson at the school  told Featureworld: ‘Le Cordon Bleu is an accredited school which is highly recommended throughout the world. As this person is still a student with us we are unable to comment.’

The Patel’s story appeared in the Daily Mail newspaper.

Do you want to expose something you believe to be unfair? For free advice on getting a story into the national press contact me using the form to the right of this page >>>