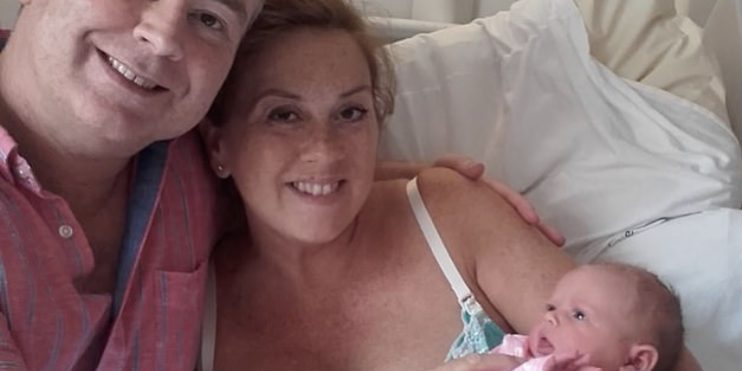 Mum, 49 finally gives birth to first baby – after going through the menopause 13 years ago – story in the DAILY MAIL 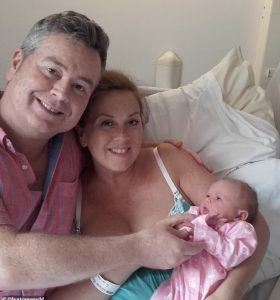 After going through IVF eight times, having two miscarriages and three ectopic pregnancies, doctors said trying again would be risking her life.

But she couldn’t face a future without a child.

When Marie Neal was told she’d gone through the menopause in her 30s, she was devastated.  Doctors said she’d never be a mum and it also spelt the end of any chance of having a biological child.

But the legal secretary, whose husband is also 49,  was determined to experience the joy of being a mother.

After researching donor eggs, Marie discovered that when a woman is pregnant much of her DNA goes into the developing baby. Happy this was an option the couple decided to go ahead using a donor egg and Dale’s sperm.

With modern IVF it should have been simple. But first the couple had to wait for a donor egg.

Then after ten years of IVF including three ectopic pregnancies and two miscarriages, it seemed her dream of having a child would never come to fruition. Approaching the age of 50, Marie was told by doctors attempting another pregnancy would be extremely dangerous to her health.

Despite this, she decided to try one more time – and in August 2018 at the age of 49 finally gave birth to a healthy baby daughter.

The couple’s little girl Essie has cost £60,000 – some of it from savings, some from both families who generously gave them some money – but everyone agrees it was definitely worth it!

There are so many awful stories in the world – and so much misery – that a story like this is extra special. Unsurprisingly it gained some fantastic comments on Mail Online from many people delighted to read something positive at last!

This story has already been placed in the UK’s top magazine!

Place your story with the UK’s most experienced longest serving media agent and journalist – contact me to find out how you can get your story out there!