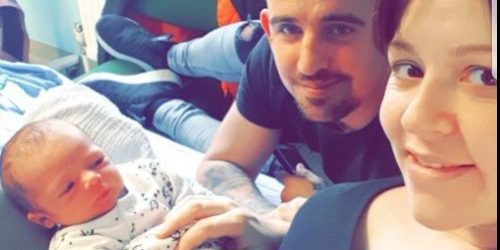 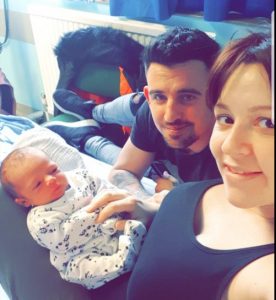 Yasmin was thrilled to be pregnant

Private ultrasound scan showed although baby was healthy, she had a tumour on her bladder

But after it was safely removed, Yasmin’s baby girl was born healthy

For when she was pregnant with little Lottie a baby ultrasound scan revealed Yasmin had bladder cancer.

She’d had no symptoms at all. Worst surgeons said the cancer immediately needed to be removed.

Yasmin and her partner Carl Ferris were devastated when the consultant explained an op would incur a risk of miscarriage. The couple had just got over an ectopic pregnancy and the thought of anything happening to their unborn child was unthinkable.

But brave Yasmin decided there was no option. Fortunately the surgery, carried out under a spinal block anaesthetic so Yasmin was awake throughout, was successful.

A week later at their 20 week scan their baby was kicking and growing. 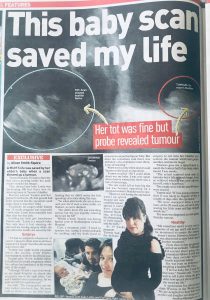 Yasmin in the newspaper!

Shortly after they were told the tumour was confirmed as bladder cancer. Had it been left any longer it could have spread or caused life threatening bleeding. In fact Yasmin was one of the youngest people in the clinic the consultant had seen.

Yasmin couldn’t wait for her baby girl to be born. She literally saved Yasmin’s life.

Yasmin also feels extremely grateful that she decided to have a private scan. After suffering the ectopic pregnancy, an NHS scan at six weeks revealed this baby was in the correct place in the uterus. However, the parents to be wanted to be further reassured and decided to pay Window to the Womb, a private clinic, £65 for an ultrasound scan. It was during this ultrasound scan that the keen eyed sonographer spotted the growth in Yasmin’s bladder.

A spokesperson for Window to the Womb told Featureworld: ” We are delighted to hear that both mother and daughter are doing well.”

Find out more about selling a story to the media

Story to sell to the press? If you would like to raise awareness why not contact Featureworld >>>