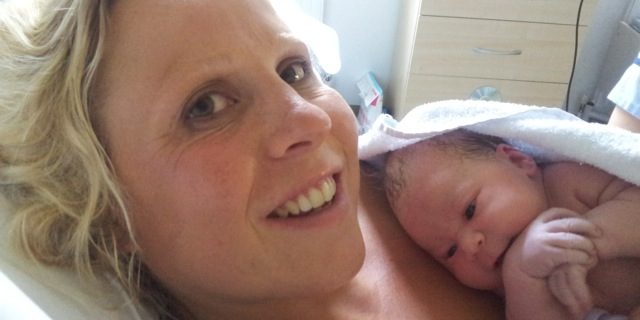 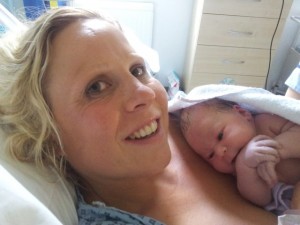 A mum at last…

Pregnant for just 12 days – Allison gave birth after finding out she was pregnant less than two weeks earlier.

* Tests showed she’d gone through the menopause 15 years ago.

After going through an early menopause 15 years ago, Allison Noyce, 35, had given up her dream of having a baby.

Instead of putting themselves through stressful IVF, Allison and husband Richard decided to make the most of being childless by pursuing their hobbies – doing 30 mile bike rides and hill walking.

And when she felt a lump in her stomach and began getting pains, even her doctor believed it could be cancer.

But incredibly a scan revealed her ‘cancer’ was a bonny baby. And 12 days later a stunned Allison delivered 6Ib 14oz Sophie.

Allison said: “It was devastating when doctors said I’d never have kids. But my periods stopped when I was just 20 and doctors diagnosed an early menopause. I never had a period and although Richard and I have been together for 15 years, we have never used contraception.

“So Sophie is the miracle baby neither of us thought I’d have.” 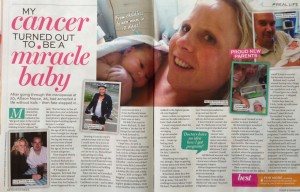 We wrote her story for BEST mag…

Incredibly, only weeks before Allison – a part-time fitness instructor – was swimming 1.5 miles four times a week in preparation for a sponsored swim. And when she would have been eight months pregnant, she did an 80 mile bike ride.

She only put on half a stone and complained to Richard she had put on weight around her middle – but put it down to stopping some of her fitness classes due to her other job as a courier.

She adds: “As well as taking fitness classes in the evening I’d been working during the day as a courier, dropping off parcels containing microwaves and lawnmowers. I even had a car crash at five months. I did feel tired sometimes – and I felt ill over Christmas but my GP diagnosed it as a virus. And I just thought I was overdoing things.”

Doctors have no idea if Allison’s periods will now return or if she and Richard will be able to have another baby. But right now the pair are just immersing themselves in parenthood, and enjoying Sophie, the baby they never thought they’d have.

Allison’s story has now been sold to a second magazine! Her story has also been placed with the Daily Mail and ITV This Morning.

Have you had a miracle baby? If you were told you could never have a child – but against all the odds are now a parent – contact us using the form to the right of this page>>>