Elaine and husband Olly were always close – and to outsiders everything must have looked perfect. After all they have five beautiful children and a happy marriage. 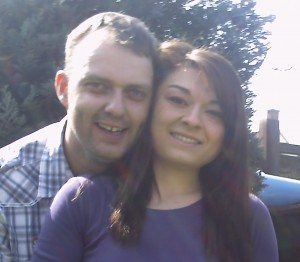 But for 15 years since Elaine met Olly, she has never told him one thing – she suffers from bulimia.

She has never been fat but Elaine thought she had found the perfect way to keep her trim 8st figure. After eating, she would make herself sick.

Elaine first began when she was 14 and saw it as a storyline in a TV soap. But it never occurred to her she had an eating disorder.

Although she stopped when she was pregnant with her children, as soon as she stopped breastfeeding, she would revert to her old habits. Sometimes she was making herself sick up to 12 times a day – and she was so clever at hiding it, that even Olly didn’t notice.

She would binge on junk food, eat 2000 calories in one go and then make herself ill.

However, eventually Elaine began suffering from blackouts, kidney problems and was constantly tired. But the turning point when she realised she couldn’t carry on was when taking a shower one day she noticed clumps of hair falling out. 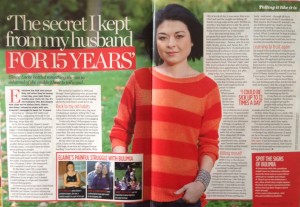 She realised then her bulimia was killing her. She saw her GP who referred her for counselling and encouraged her to tell Olly.

Olly was shocked and upset he hadn’t noticed. But with his support Elaine has fought her bulimia joining SEED, a group for people with eating disorders.  She has now been eating normally for seven months and she and Olly are closer than ever.

Do you have a story to sell about bulimia or another eating disorder. To find out how you can earn money and raise awareness for a cause, contact us using the form to the right of this page >>>