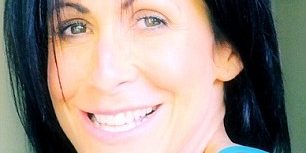 Joanne Mulholland’s story about how she was sexually abused by ‘healer’ Mike Ireland, appears in the DAILY MAIL … 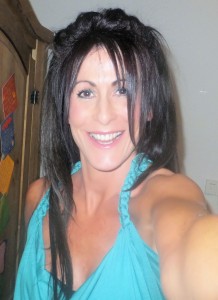 For years mum of three Joanne, 41, had suffered badly with her back.

So she was delighted when through her local church she met a spiritual healer. Charismatic charmer Mike Ireland said he could cure her simply by the power of touch.

But in fact Ireland – who claimed to be a ‘master of Reiki’. clairvoyant psychic and spriritual healer – went on to molest her.

And she wasn’t his only victim. Ireland, 60, has since been jailed for 16 years after pleading guilty to sexually abusing eight women over a 25 year period.

A small part of Joanne’s story appears in the Daily Mail. Joanne bravely decided to waive her anonymity because she wants to tell her story about how despite such a nightmare, she has stayed strong and come out the other side. 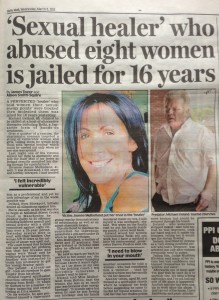 However, Joanne is currently writing a book about her nightmare and Featureworld is now negotiating with various publications and television to ensure her story is told as she wants it to be.

Read More: What to do if you find yourself at the centre of press attention