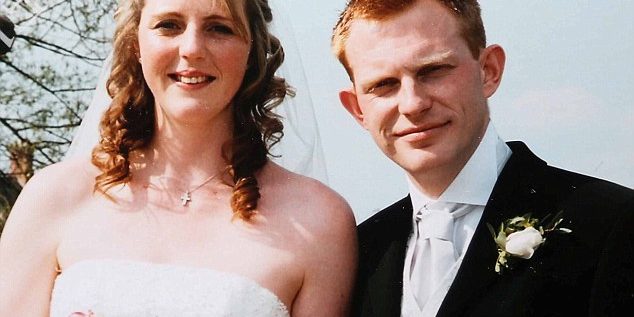 Story in the DAILY MAIL … 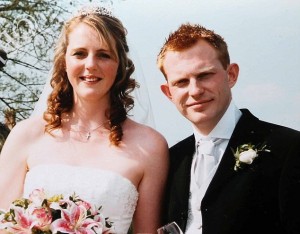 When Featureworld media agency was approached by a tipster who claimed one of the housekeepers cleared of defrauding Nigella Lawson was having an affair with one of the defence witnesses, we knew it would be a story for a national newspaper.

The source wanted the story made public because the defence witness –  former police constable Adam Denton-Beaumont – had given a character witness during the trial for Francesca Grillo.

In December jurors found Francesca Grillo and her sister Lisa not guilty of fraud after they were accused of spending over £600,000 on credit cards when they worked as housekeepers for Nigella Lawson and Charles Saatchi.

But the source – a friend of Mr Denton-Beaumont’s wife, Ruth – claimed what the jury were not told was that he had been having an affair with Francesca Grillo at the time. 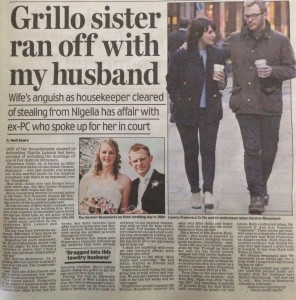 After being snapped in a photo together, Miss Grillo claimed in a story in The Sun they only began a relationship after Mr Denton-Beaumont’s relationship ended with his wife a few weeks ago.

But following that story, the friend wanted to ‘put the record straight’, saying the truth is it began much earlier in May last year, adding Mrs Denton-Beaumont, an NHS consultant who has a son aged four with her husband, was ‘devastated and furious’ about the relationship.

Featureworld put the source in contact with the Daily Mail newspaper. Featureworld was able to ensure the friend stayed anonymous but got the story out there.

The tipster said: “Ruth is a very private person whose life has been devastated by this. She is now considering going to the Police to say the jury should have been told about the relationship between her husband and Francesca Grillo.”

A further follow up story has since been published in the Daily Mail.

Do you have information about a story already in the press? Maybe you believe the information is in the public interest or perhaps you want to sell a tip to the press. For confidential and free advice contact us using the form to the right of this page>>>