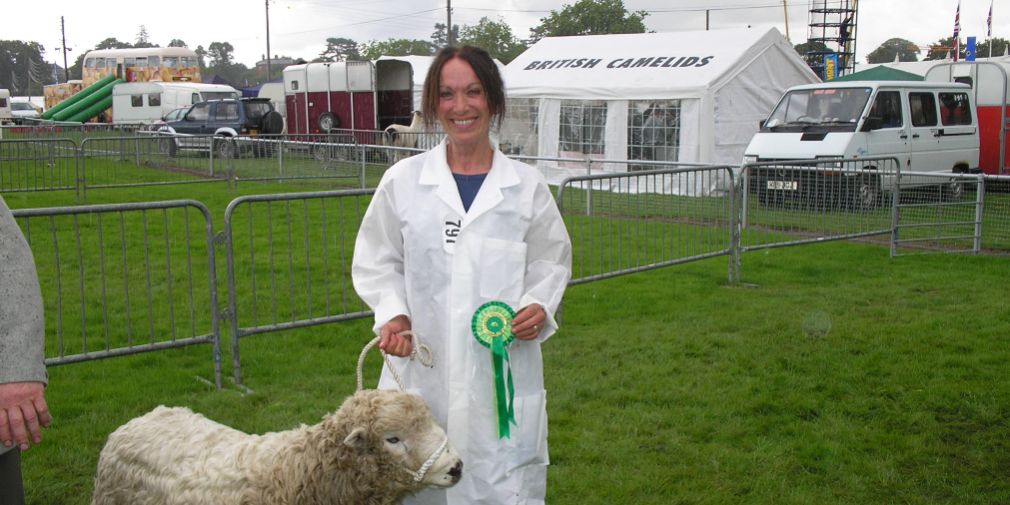 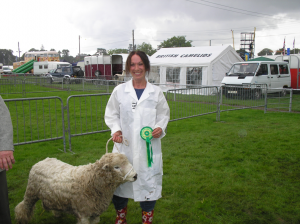 Deborah with one of her sheep

Cradling one of her flock of sheep, Deborah, 70, looks the perfect shepherdess.

Deborah advertises ‘massages’ in her local paper. Often those massages end in sex and she sleeps with variety of men from all walks of life and of all ages.

Although she says her clients are mostly lovely – she has built up a regular clientelle who often shower her with gifts of money – as she gets older she finds working such long hours difficult.

Deborah, who owns a small holding full of rescue wild animals, has a flock of rare sheep, 45 doves, rabbits, two dogs and a pet crow, all of whom rely on her for food. Because of the animals she is up at dawn and spends all day tending to them. But in the evening, rather than have a rest, she goes out meeting clients in their own homes. Some have a massage which leads to sex, some just want a chat. Often she doesn’t get back until 1am. 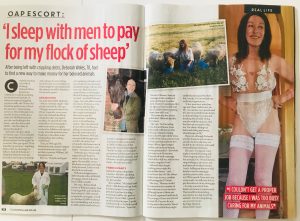 The widow, whose husband died when she was just 32, has been escorting for ten years after a love affair ended. The broken love affair left her with a large interest only mortgage which she has been unable to pay off.

Since then, to make ends meet, feed herself and the animals and top up her pension, she works around three hours a night.

Deborah, a former teacher and a qualified environmental scientist, would love to escorting up ‘because it is so tiring having to go out every night’ but needs £2500 to £3000 a month to pay the bills and feed the animals. If she doesn’t continue her precious cottage with its quarter acre garden, home to all her pets, will be repossessed.

I placed Deborah’s quirky story in Closer magazine where it appeared on the front page and over two pages! I am now working with Deborah to gain her further press and publicity.

After the story was printed, Deborah said: ‘Thank you! I am absolutely delighted with my story.’

Do you have a quirky story to share in a magazine such as Closer? Contact me for free advice!

Category: Closer stories, Stories sold in 2018, Stories sold to a magazineBy Alison Smith-SquireAugust 28, 2018
Tags: widowed
Share this post
Share with FacebookShare with TwitterShare with PinterestShare with LinkedInShare with WhatsApp