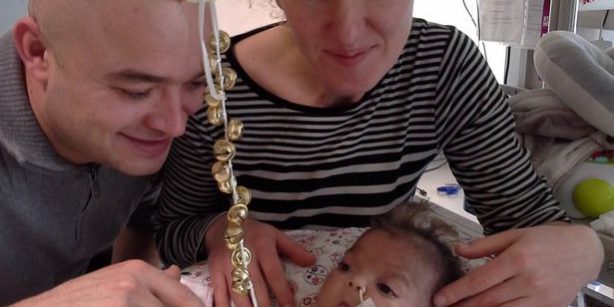 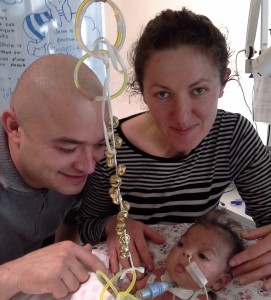 New agony for parents of Olivia Stanca – as whistleblower claims daughter did not have best care possible.

Investigation has now been launched by Great Ormond St Hospital into the claims.

The case of baby Olivia Stanca  – born with a tumour on her adrenal gland which spread to her liver – made headlines after her parents fought a battle to keep her on life support. In February 2015 her parents finally agreed to let their daughter die peacefully after doctors at Great Ormond Street convinced them there was no other way.

But following her death, grieving parents Maria and George Stanca came to me for advice after they received an anonymous letter from a whistleblower at GOSH.

Written on headed paper the whistleblower claiming to be a ‘clinical staff employee’ at Great Ormond St outlines 14 ‘risky instances’ when they claim essential drugs were either not given on time, not given in the right quantities or were delayed.

The couple wanted to make the letter public. They say they complained numerous times about Olivia’s care and believed had her care been better, she might have survived.

The hospital, which has seen the anonymous letter, has now launched an investigation into the claims made in it.

GOSH has also launched a further investigation into why the author of the letter did not raise concerns with the hospital and instead went to the parents.

However, the couple say while they are upset they didn’t receive this information when Olivia was alive, they hope more whistleblowers will come forward. 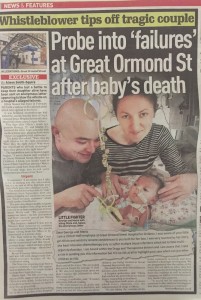 The Stancas in the Sunday People…

George said: “We want answers to all of the very many concerns raise in this letter, not just for us but for other parents whose children are being treated at Great Ormond Street every day.”

While Featureworld is a ‘sell my story’ website, in this case just raising this issue was the reason why the family wanted to do the story and they were not paid.

Read the story in the Sunday People.

Have you been unhappy with hospital treatment? Contact me for advice using the form to the right of this page>>>