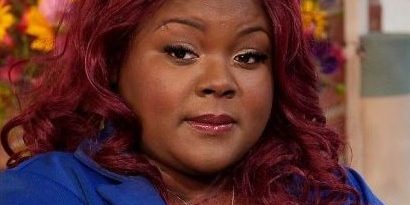 ITV This Morning: Patrice Benjamin-Ramgoolam is interviewed on her craving to eat bricks… 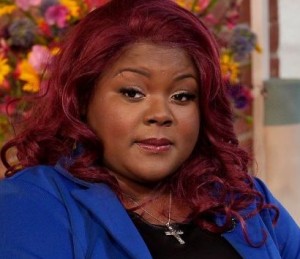 Patrice on This Morning

Following her newspaper story in The Sun, Featureworld was delighted to gain Patrice Benjamin-Ramgoolam further coverage of her unusual story on television.

Patrice was filmed at her London home showing how she picks the brick dust out of her bedroom wall with scissors and then eats it from her hands.

Initially she tried to cover the holes she made in the wall from her husband by covering them up with posters. But she has since confessed and he is supportive.

Dr Abigael San, a clinical psychologist said Patrice suffers from Pica, where people eat something that is not food. Although it can be triggered by a vitamin or mineral deficiency, it commonly stems from an emotional issue.

Fortunately Patrice has recently cut down from her six tablespoons a day to just one. And in fact she told This Morning she hasn’t eaten the wall for the last two days.

After appearing on This Morning, Patrice, said: “I was sooo nervous! But thank you so much and I’m glad I did this.”

Patrice came to Featureworld to raise awareness about Pica and we have now gained her another deal with a leading women’s magazine!

Sell your story to ITV This Morning? Find out how by contacting us using the form to the right of this page…