Considering selling a story to a magazine,  newspaper or TV?  Have a look on this page at our recently sold real life stories – for the vast majority of interviewees their journey to sell a story began when they contacted us … and here are the results!

For free advice and to see if you have a story to sell, click here: Sell My Story to email us some details about your story – or simply fill in the form on the right. For more details on the process go to How it Works.

Read some of our recent real life stories below…

I FELL IN LOVE WITH AN AVATAR… 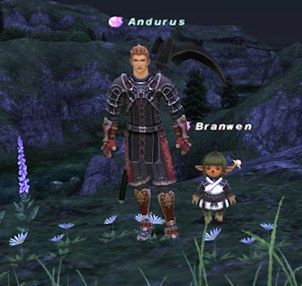 Vicky Teather wanted me to sell her real life story about how she fell in love with her husband when as avatars in an online video game.

Vicky says: “People were often saying we should sell our story as the way we met is so unusual.”

As Andurus and Branwen in Final Fantasy

After growing close, they both finished relationships with their real life partners and have since married. Their story appeared in the Daily Mail. 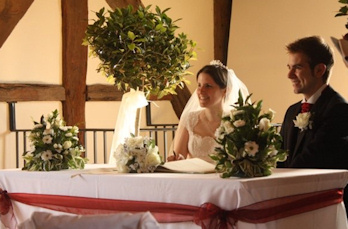 Read Vicky’s story as it appeared in the Daily Mail >

Do you want to sell your story? Perhaps like Vicky and Paul you met your partner in an unusual way?

To sell a story like they did, email mealison@featureworld.co.uk

THE BOY HAVING A SEX CHANGE TO LOOK LIKE JORDAN… 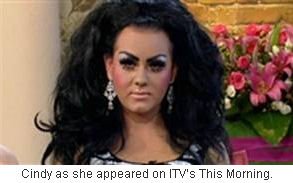 Richard Jackson emailed me because he wanted to sell his story about how he wants to transform himself into his idol, Katie Price.

Richard, 18, who now lives as a woman, Cindy all the time, said: “I wanted to get my story out there and that meant gaining as much publicity as possible.  That was why I contacted Alison at Featureword.”

Mum Donna and Cindy both told their stories to the Sunday Mirror and Closer magazine. They then appeared on ITV’s This Morning and I have more deals in the pipeline for Cindy, who hopes to undergo a full sex change op next year.

If you want to sell your story to as many publications as possible, you need specialist media agent advice from an experienced journalist you can trust. So do contact me in complete confidence here > 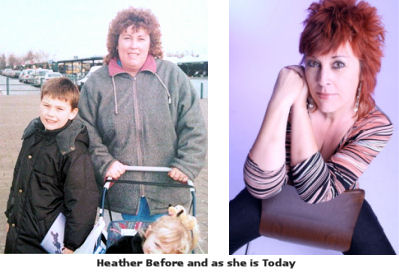 , was overweight and frumpy. Then she lost six stones and spent £13K on a breast reduction to get rid of floppy boobs, tummy tuck, liposuction and a thigh lift. For the first time in years she felt fantastic.

She now has the body she has always longed for. The casualty is her marriage.

She gained confidence and the more surgery she had, the further she and her husband grew apart.

Heather and her estranged husband both talked about her transformation and why as her body changed, their relationship did.

She says though she has no regrets -she loves her new self.

The sacrifice was worth it and she is happier than ever. She is intending to have more surgery – and she has had botox.

However, ex husband Dave, 54, says she became obsessed with the surgery and it changed her. She began going out. The final straw was when she began talking about having surgery to her face. Heather’s story was sold to Woman’s Own where it appeared over two pages.

Heather says: “I decided to sell my story after watching a real life TV programme about magazines. Selling my story has given me a new-found confidence. It was a way of celebrating the new Heather. The whole experience has been great fun.”

My Marriage or my baby – one woman’s agonising decision 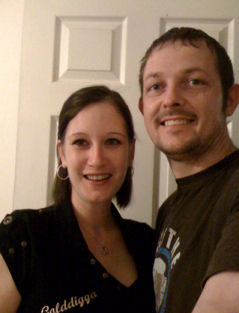 When Tracey married her husband, she already had three children. But Richard took them on and over the next few years they had four more of their own. However, a year ago their relationship hit a rocky patch. Around the same time Richard’s best friend broke up with his girlfriend and came to live with them until he found a place to stay. Tracey began confiding more in Richard’s best friend. Richard became very jealous and during a huge row one day, he stormed out.

Left alone with Richard’s best friend, Tracey fell into bed with him and they began an affair.

However, Tracey was devastated when a month later she discovered she was pregnant. She was torn over whether she should keep the baby or not. But in the end it was her husband who gave her the ultimatum – abort the baby and save our marriage or be a single mum.

So Tracey had a termination. It was hard but she and husband Richard are now back together and because of this nightmare, their relationship has been made much stronger. Tracey feels incredibly guilty about the upset she has put everyone through and she now realises how lucky she has been that Richard has forgiven her.

Tracey says: “I wanted to sell my story to tell the world how much I love Richard and how pleased I am we are still together. Alison wrote our story for the newspaper and the magazine very sensitively and we now feel we can move on with our lives.”

Tracey’s story appeared in the Daily Mirror and Best magazine. 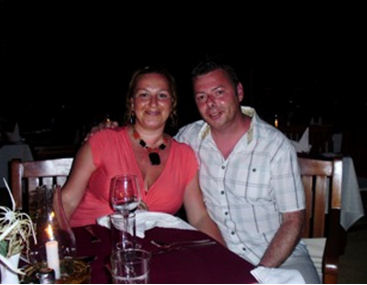 When Kirsty was in her early twenties, she worked as a trader in the city. But she was attacked one night and lost her confidence. She became depressed and lost her job. To make ends meet, she began working as an escort. She was astonished by how much money she could earn.

In one year she earned £250,000. She stayed in the top hotels, wore designer clothes and travelled the world. She justified it to herself by saying that she was a businesswoman. No-one would ever have guessed what she did. And for years, it fitted in with her life perfectly.

It did bother her though. She is well educated – she has five A levels. And over the years she attempted to go back to a ‘normal’ life, gaining various office jobs. But she was always tempted back into escorting as the money was so good. Then 18 months ago her world was turned upside down when she met her husband, a fire safety engineer. He begged her to give up her ‘job’ which she did and a year ago they married.

Now, though, she is finding it hard to exist without the money. The last few years she didn’t earn £250,000 every year – but she had been working part time to supplement her office job. She wants to go to medical school but this will cost a lot of money. The only way to get it is to go back to escorting but her husband is absolutely against it. She is still tempted but it would risk her marriage.

Kirsty and her husband discussed their dilemma in Closer magazine.

Kirsty says: “I had thought about selling my story for a while. It was a relief to get it out in the open and I was very pleased with my double page in the magazine as well as the money we got – which helped pay some bills.”

WOULD YOU WANT TO BE BURIED WITH YOUR PETS? 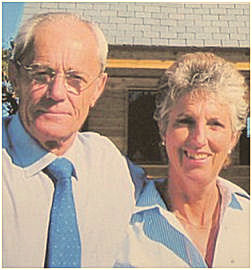 The Daily Mail newspaper asked me to research the rise in the number of cemeteries where owners can be buried with their pets.

I spoke to Penny Lally who buried her own husband John with Super Sam, Penny’s horse, Muppet the dog, Blot the cat and Brian the canary. And I also spoke to two other animal loving families who also want to be buried with their pets.

Penny, who now runs a pet and animal cemetery woodland, says: ‘I was only too delighted to be interviewed by Alison Smith-Squire for the Daily Mail articleabout this as I am sure many people don’t realise it’s possible. I was thrilled with the newspaper story.’

To find out more about Penny, visit her website:www.woodlandburialplace.co.uk 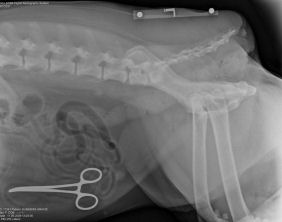 Trudi’s shocking story about how vets left a pair of medical scissor clamps inside her dog Gracey was sold to the News of the World newspaper.

Trudi said: ‘I wanted to bring this disturbing story of my dog to the general public.’

Fortunately, Gracey has now had the clamps removed and has made an excellent recovery. 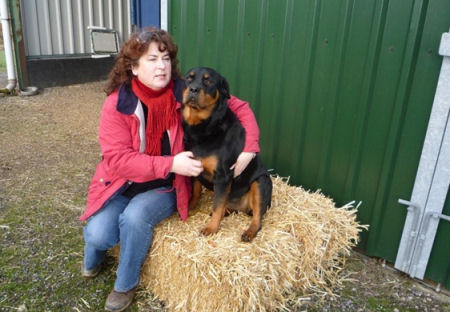 WOULD YOU SEND YOUR NINE YEAR OLD TO LIVE WITH STRANGERS FOR SIX MONTHS? 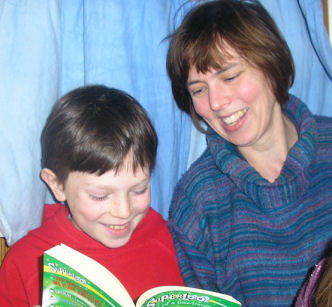 Katy Salmon’ son Jonathan is just nine but in a few weeks he will go to live with a family in France. He will take their surname and be their son, go to a French school and hopefully come back fluent in French.

Katy wanted to gain publicity for enfamille, a little-known organisation that arranges extreme exchanges usually between families in France and the UK.

Her fascinating story was printed in the Daily Mail.

Katy says: ‘Thank you for doing the article. We’re really pleased with how it’s come out and delighted the story gained so much interest.’

Katy and the organisation has since been deluged with offers to make a documentary. Meanwhile, Katy has spoken on Radio Five Live, BBC TV’s Breakfast show, taken part in numerous other radio interviews and continues to discuss this subject. 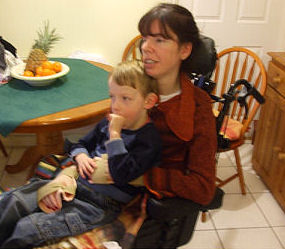 When Dawn emailed me asking if I could sell her story to a newspaper or magazine, I knew straightaway I would be able to.

Shortly after Dawn gave birth to her son Alexander, she suffered a stroke.

Now, although her mind is as sharp as ever, she is totally unable to move. She is only able to communicate through blinking and slight head movements.

Dawn’s incredible story about how she managed with her son and how sadly her relationship with her husband has since broken down, was sold to the Daily Mail newspaper and Bella magazine.

Dawn, who is currently writing book, said: ‘Alison’s story made my family cry because it was so accurate and made all of us realise what we have gone through. I can’t thank her enough for getting my story out there.’

THE MUM WHO CAN’T REMEMBER HAVING HER OWN BABY 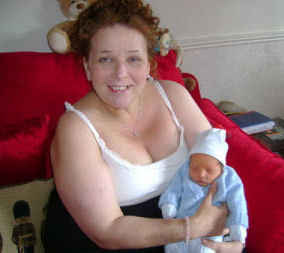 ‘Can you sell my story again?’ asked mum Karen Wilkinson-Wigham. Karen’s story had already been sold through Featureworld to the Sunday People newspaper and Love Itmagazine. She had also been on ITV’s This Morning.

She had suffered meningitis and lost her memory. So when she eventually had baby George, she began to keep diaries so she could record him growing up.

I agreed to see if I could sell the story one more time. It was placed in the Daily Mail where it made page three. But since then, a further follow-up on the story and how Karen is coping has been sold to Best magazine!

Karen says: “I never thought Alison would sell my story to so many newspapers and magazines. I couldn’t choose which story in which magazine or newspaper has been the best one. I have loved all of them. The whole family has thoroughly enjoyed the sell my story experience. The bonus is, thanks to selling the story to so many newspapers and magazines, we have lot of wonderful cuttings for George.’

Other Recently Published Stories Include…

Want to sell your story to the press? Want to be in a magazine? Or a newspaper? If you have an exclusive real life story to sell, then go to the Sell My Story form here. Alternatively, email me (alison@featureworld.co.uk)