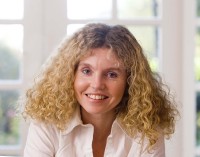 Sell your story with no fees to you? You don’t need to hire a publicist to gain positive publicity.

Your story can be sold in multiple deals and around the world.

To find out more about my free selling your story services, fill out the form to the right of this page or email me here: alison@featureworld.co.uk

If you find yourself at the centre of a breaking story you will need an publicist or press agent’s advice. Similarly, you will need a publicist if you have an on-going story that requires long-term media representation.

Here are just some of the interviewees I represent … 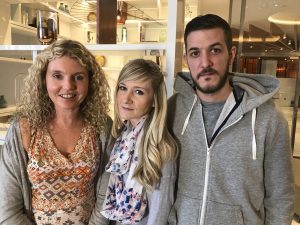 Connie Yates and Chris Gard contacted Featureworld after they found themselves in a legal battle with doctors to keep their son Charlie alive. Charlie was born healthy but diagnosed with a rare type of mitochondrial condition and ended up on life support at Great Ormond St Hospital. Doctors believed Charlie should be allowed to die but his parents, who found a treatment in the US they believed could help, did not agree. So Great Ormond St Hospital went to the High Court to get a judge to make an order to switch off Charlie’s life support.

The story has appeared in the press and media throughout the world, including on the front page of the Daily Mail and on national television such as the BBC and ITV. Read their ongoing story here. 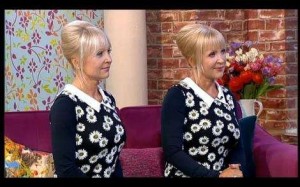 Kerry (left and Jo on ITV This Morning…

I first placed Kerry and Jo Burton’s story with a national women’s magazine in 1999 – then the pair had undergone identical nose jobs. They have since gone on to have over £70,000 of identical cosmetic surgery including boob jobs, eye lifts, Botox and fillers.

Their story was sold to magazines in 2005, to the Daily Mail and other magazines around the world in 2009.

In 2014 Kerry and Jo, who’d just had more surgery, appeared over two pages of The Sun newspaper and also went as guests on ITV This Morning.

Read their most recent stories here. 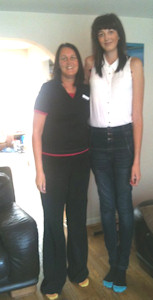 At 6ft 9in Jessica Pardoe is Britain’s tallest girl. Jessica’s story has already had worldwide coverage in national newspapers .

Now Jessica is gaining work as a model and is due to appear in a forthcoming magazine.

This is Jessica with mum Lisa – who is over 6ft tall!

Meanwhile, you can read Jessica’s stories in the SUNDAY MIRROR and DAILY MAILhere: Britain’s tallest girl > 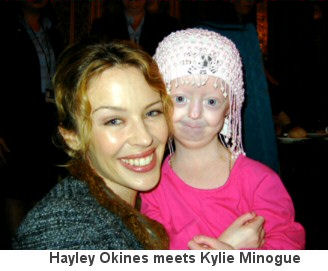 You may recognise Hayley. She was one of only two people in the UK to suffer from Progeria, a condition that meant her body aged prematurely. So, although just a child she had the body of an 80 year-old woman.

Via Featureworld, this little girl’s story appeared in a number of television documentaries, national newspapers and magazines –  for example over a double page in the Daily Mirror, New! Magazine and the Daily Mail. Her story was also sold to publications in Australia and New Zealand.

When tragically Hayley died, I then helped her mum Kerry, place her story in the Sunday Mirror.

Kerry and Mark’s amazing real-life story has made legal history – they are the only couple in the UK to have had their wedding halted because the bride was deemed too stupid to marry by social workers.

They then had their baby boy taken away because social services deemed Kerry, who has mild learning difficulties, wasn’t bright enough to bring him up.

I worked with Mark and Kerry to ensure their story was told in the national press exactly as they wanted it told.

The result was their story has appeared over a dozen times in national newspapers such as the Daily Mail,Sunday Mirror, and Mail on Sunday and magazines throughout the UK, and in Ireland.

To read more about their story click here: Mark and Kerry’ Story >

Mark and Kerry say: “The reason we have always gone through Alison is that she has not only always done her best to protect us but has also gone the extra mile by offering us words of comfort during hard times. She is not only a publicist or journalist, but also a friend.”

Kerry and Mark’s story in the Mail on Sunday. 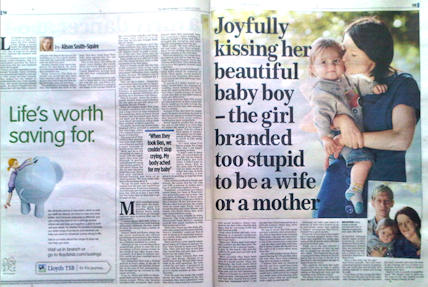 Cindy was born Richard and is currently about to undergo a sex change to look like idol Jordan (Katie Price).

When she came through Featureworld to sell her story, she and her family wanted controlled press publicity at the best price.

This was achieved for Cindy by arranging a double deal with the press. This is something only a media agent or publicist can arrange for interviewees. Her real life story was sold as an exclusive to the Sunday Mirror and Closer magazine.

Cindy already has more articles in the pipeline and I will be working with Cindy to ensure her story is sold again as she completes her sex change from man to woman.

Cindy says: “If I have any approach from anyone about selling my story, I know I can always call Alison for advice.”

Cindy’s story in the Sunday Mirror 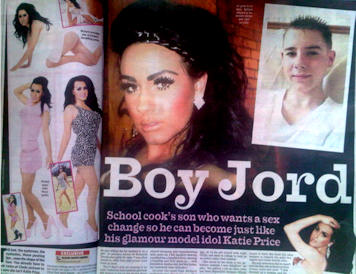 After her family had an unpleasant press experience (when sadly their story was not told as they wanted it to be after selling a story directly to a magazine) Malissa – who was dubbed Britain’s fattest teen – was wary of selling a story again.

But Malissa put her trust in me and I sold her story about her amazing weight loss to the News of the World newspaper.

Her real life story was then sold to Reveal and follow-up stories have since appeared in the Daily Mail, Daily Star, Daily Mirror, Chat magazine and twice in Closer magazine. Malissa has also been put in touch with various TV producers. Each time I have personally written Malissa’s true story for her and she has therefore been completely happy with the result as well as her payments.

Malissa says: “Alison feels like more of an old friend and I know I can always trust her to sell my story in the right way.”

Malissa’s story has been sold all round the world. Read some stories here. 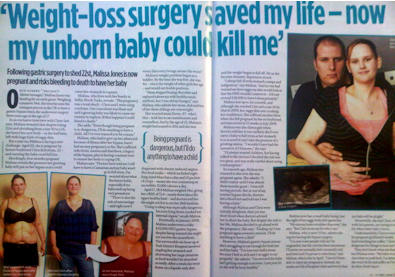 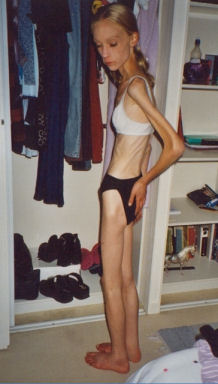 Anorexic Vikki Hensley was dubbed the ‘female Peter Pan’ after she froze her body in time at the age of 12. Now although she is in her twenties, her body is still the age of a 12 year old and she has never been through puberty.

< Vikki as she is today

Vikki had a clear idea about how she wanted her story to be told and was concerned she might regret selling a story to the press. Therefore she needed an agent and writer who could see her story through from start to finish and was able not only to broker her deals but write her story too.

Her true story about her long battle with anorexia has been sold to the Daily Mailnews section (where it appeared on the front page), the Femail features section of the Daily Mail (where the in depth story with her mum went over two pages), Newmagazine and to Closer magazine. I have also turned down some feature requests for Vikki because she decided for various reasons she didn’t want to do them – and this is the interviewee’s prerogative as the interviewee is the most important person and stories are only ever sold with full consent.

Vikki says: “Thank you for handling the selling of my story in such a professional and sensitive manner. I have no hesitation in recommending your services to anyone wishing to sell their story.” 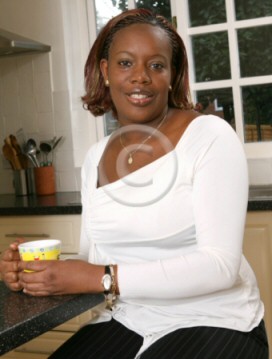 Nadia came to Featureworld for emergency advice after finding press reporters literally camped outside her flat. Nadia, a young mum, found herself at the centre of media attention when she was next to one of the 21/7 bombers who tried to blow up the London tube.

She later gave evidence in the trial that was to convict the bombers to 40 years in prison.

She wanted to tell her story but whilst she was hounded by reporters, she didn’t know which way to turn. Once she had employed me as her agent, I was able to stop journalists visiting her home, deal with all her press enquiries, do her interview, write her article and organise her photos.

From then on, she did not speak to any other journalist or publication or pose for any other photographer.

Nadia’s story appeared on the front page of the Daily Mirror followed up the next day by a further front page preview, followed up inside with an exclusive double page interview. Her story was then placed in a double-page in a glossy magazine.

So, if the world’s press are hammering on your door, you feel vulnerable and in need of advice or if you simply need emergency media representation then please contact me in confidence – alison@featureworld.co.uk

Find us on Google+