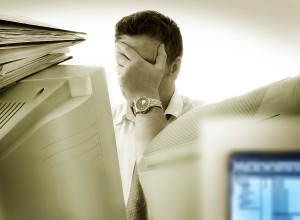 Had a negative review about your business? Has someone spread a nasty rumour about you on Twitter or Facebook?

Reputation management used to just be for celebrities and big companies which could afford to splash out thousands of pounds on PR. But these days many of us have personal online reputations and digital businesses to protect. The question is how do you avoid using an expensive Reputation Management company?

How to use the media to manage your online reputation.

You don’t have to be well-known name or business to be upset by damage to your reputation. If a nasty rumour about you has gone around town or your Facebook profile, if a rogue customer has left a malicious website review – or an unfair story about you or your business has been reported in the press, it can be devastating.

A reputation management company will charge you thousands of pounds to carry out PR work to bury bad news about you. But a quicker and free way of doing great PR is to sell a story to the press. A great story about you or your business, which appears on a national newspaper website will often be shared by millions, effectively pushing negative publicity down in google searches.

Meanwhile, selling a story to a magazine can be a great way to set the record straight and stop gossip.

At Featureworld I specialise in management reputation for the ordinary person who simply doesn’t have thousands of pounds to spend on PR. Read on to see some real-life stories of management reputation… these interviewees all sold a story to the press to gain positive publicity… 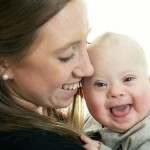 Courtney Stewart innocently posted a photo of her son, who has Down’s, hiding in a washing machine onto Facebook.

But when a friend reported it as cruel to the Police and her local newspaper, The Daily Record,  got hold of the story- wrongly claiming she’d shut her son into the machine – it went viral.

Although the Police raised no worries about her parenting with Courtney, she was trolled and forced to flee her home.

When she contacted me was she was desperate. But using national media I turned the story round for Courtney and she appeared to give her side of the story in the Daily Mail and subsequently on ITV This Morning.

Many people believe their local newspaper to be ‘safe’ but they are anything but! We cannot stress enough NEVER talk to a local newspaper reporter. And if like Courtney you find yourself in the middle of a nightmare media storm, contact me and I will ensure you set the record straight.

Courtney says: “Thank you so much for everything! I’ve had so many people approach me saying how badly the Daily Record twisted the story and treated me. Your help changed everything for us! Thank you again. x” 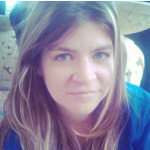 Alys Harahap was the former British diplomat accused of improper behaviour in the Lindsay Sandiford case.

Sandiford was on death row at an Indonesian prison for drugs smuggling.

After being sacked by the Foreign Office after allegations appeared about her in the press, Alys wanted to get her side of the story out into the media.

However, it was extremely important that she had control over what was going to be printed… 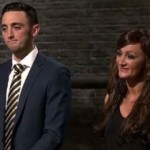 Tracey Cannon was devastated when she showcased her business My Lookalike Doll on BBC’s Dragon’s Den – and it was rejected by all five dragons.

But the tables turned when I did a story about how toyshop giant Hamley’s was selling her dolls. And orders took off… 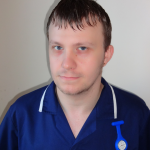 Daniel was furious when he was wrongly identified as a shoplifter on a supermarket CCTV – and his local police force posted the footage online.

He wanted his name publicly cleared … 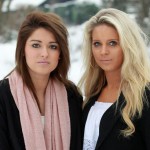 Serena and friend Grace were upset and angry when they received threats on Twitter. The pair had appeared as witnesses giving evidence in a trial of N-Dubz rapper Dappy.

But following the trial, they were cyber-bullied on social media. Exposing it soon put a stop to the trolls…

Many people seek reputation management when their business receives a negative review. If you have suffered a series of fake reviews about your business then publicity can help by exposing the issue. It also creates new sites on Google helping to defend the negative ones. If you have received a poor review on a review website, press coverage can also help. But here I give some free tips…

Coping with a bad business review…

* Accept that no business can please everyone. One bad review is unlikely to affect your business and the best way might be to simply ignore it.

* Remember many people do not check reviews of services before they buy.

* Responding online to a poor review can draw attention to it. For example, Google will bring it up higher if it sees lots of chatter around it. If you do decide to respond – for example you are a restaurant with a bad review on Trip Advisor, then always sound heartfelt. Do not argue as to the rights and wrongs but offer to put things right (even if you feel the reviewer is in the wrong, you need to demonstrate you are listening.) You could say, ‘I am sorry we fell short on this occasion and do contact us so we can try to put things right.’

* Never ask or plead with a reviewer to remove their review as this can look as if the only reason you are contacting them is a selfish one.  If you deal with the problem then hopefully the reviewer will feel guilty enough about putting it on to remove it themselves.

* Never ever bribe anyone to remove a review or entertain lawyers and threaten to sue. Lawyers will often encourage you to send a letter threatening legal action for defamation – why wouldn’t they when many charge hundreds of pounds for one letter or email! But while that tactic might work with some people, threatening to sue your customers can be disastrous and gain you unwanted publicity. (Known as the Streisand Effect.)

* Featureworld can help manage your reputation by putting out a positive story about you or your company in the national press. This will push negative reviews further down in an online search.

* Ensure you have profiles on site which come up high on the first page of google searches such as Twitter, Facebook, Pinterest and LinkedIn. Many people do not search much beyond the first few pages of google.

* Keep personal profiles private to prevent people such as employers viewing information about you that you don’t want them to see.

* Create a domain using your own name or business –  and use it on a blog or website (you can make a website or blog for free on wordpress.com) if it is your name or business which is coming up high on an internet search. Your own website in your own name is then likely to come up first before the review website.

* Set up a google alert that tells you when your name or business is found in a new mention on google by going to www.google.com/alerts

* Contact Featureworld to discuss selling a story to a newspaper or magazine. Use the form to the right of this page for a free confidential chat about how a story in the press can help positively manage your reputation >>>