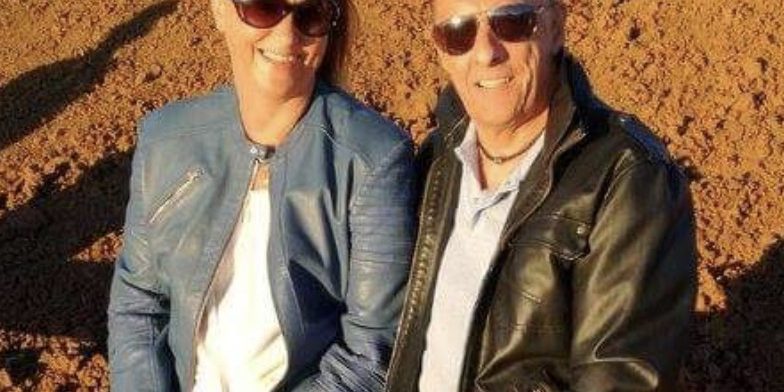 Reunited story: Divorced couple set to remarry after being reunited by their son.  Story in TAKE A BREAK

Annette and Duncan married and had a son 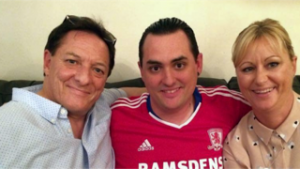 Duncan and Annette with their son!

They lost touch. But over 20 years later son Stuart, now 33, decided to track his dad

The couple got back in contact. When Duncan was rushed to hospital they realised their love.

Annette, now aged 54, was just 17 when she met Duncan. The couple wed and had a son Stuart.

But as Duncan’s career as a professional racing driver took off the couple grew apart and in 1989 they divorced.

Unbeknown to Annette, Duncan moved 190 miles away from London to South Yorkshire.

But in August 2009 son Stuart told his mum he wanted to find his dad.

It took some searching after contacting friends and friends of old friends, Stuart finally found Duncan. 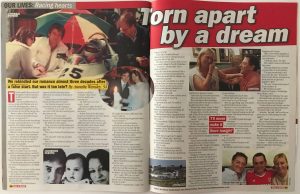 Annette and Duncan in Take a Break!

Only he was batting bowel cancer.

Father and son kept in contact for the next six months. What Annette didn’t know was that son Stuart had asked his dad if he’d ever consider getting back with his mum.

However, although Duncan and Annette chatted on the phone, exited and messaged regularly, Annette was seeing a new man. In hindsight she now sees she was speaking to Duncan more than anyone and if she was honest, she loved hearing from him. But they never met.

Then in September 2016 Duncan was rushed to hospital wish internal bleeding. Doctors thought he could have just hours to live.

From then on their love was back on. After 28 years apart they finally met up for the first time. Annette felt the same tummy tingles she felt when they first met 38 years ago. In November Duncan asked her to marry him and they are set to remarry.

Of course son Stuart will be his dad’s best man.

Annette and Duncan’s feel-good story appears over two pages of Take a Break magazine and will shortly be appearing in another top women’s weekly!

Story to sell to a magazine? Sell your story to more than one magazine using my free service. Simply fill in a few details about your story using the form to the right of this page>>

Category: Stories sold in 2017, Stories sold to a magazine, Take a Break storiesBy Alison Smith-SquireJune 22, 2017
Tags: Relationship stories
Share this post
Share with FacebookShare with TwitterShare with PinterestShare with LinkedInShare with WhatsApp