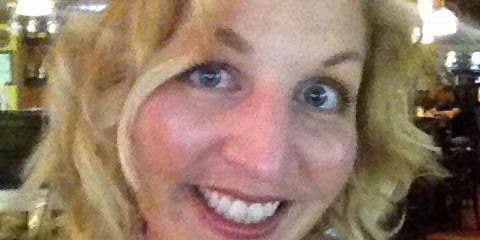 Story for Christina in Cosmopolitan and Take a Break magazines… 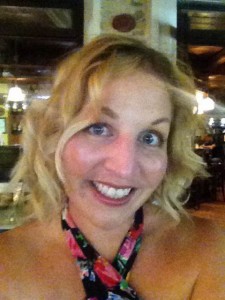 They first met at the age of 14 as school mates and when at the age of 24, they met again, they fell in love.  Matt seemed the perfect Mr Right. Attractive, a graduate and with a good job – he worked as a financial analyst in the City – they were together for five years.

However, he was controlling and abusive – and after she finished their relationship, the problems began.

During their relationship, when he was away, Christina had exchanged intimate naked photos of herself with him.

She thought it was a loving part of their intimate relationship and that whatever happened, no-one else would ever see them. But these naked photos were to come back to haunt her. Angry she’d finished with him, in revenge he hacked her hotmail and Facebook accounts blocking her from signing in and posted naked images of her all over her profile. She went to court and in January 2013 got a restraining order. But nothing stopped him. 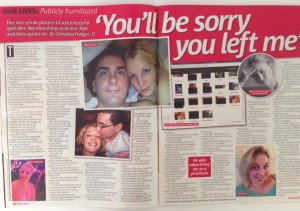 Christina in Take a Break

Just two weeks later he violated the order sending Valentines Cards using naked images of her to work colleagues including her boss.

In an effort to stop him, she changed her name but he found her. So she had to change it again.

He was arrested and charged with harassment and perverting the course of justice.

However, even while awaiting trial, he continued to haunt her – this time turning her fine art website she ran as a hobby photographer, into a website with naked photos of her offering her services for prostitution.

Finally the trial came to a head and it took the jury at the Inner London Crown Court just 45 minutes to find him guilty.

She feels safe knowing he is behind bars and has now changed her name for a third time but she is terribly sad – after all Christina is the name her mother loved and christened her with, it is the one friends at university knew. It also meant closing down her Twitter and Facebook accounts – changing her name on her bank accounts, even changing her name on the electoral roll and household bills.

As well as that, she has a new job where no-one knows her as Christina. 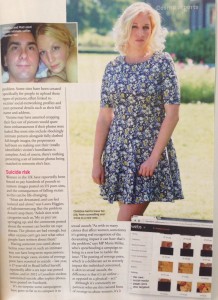 Christina’s story was printed in Take a Break and Cosmopolitan magazines.

She says: “Alison, I just wanted to say thank you for your help I have had a lot of wonderful comments of support and bravery from friends and family.

I am very happy my story was told so positively in Take a Break and that hopefully anyone reading it who is in a similar situation can gain strength and hope that things will improve.”

Category: Stories sold in 2014, Stories sold to a magazine, Take a Break storiesBy Alison Smith-SquireSeptember 22, 2014
Tags: Real-life crime stories
Share this post
Share with FacebookShare with TwitterShare with PinterestShare with LinkedInShare with WhatsApp