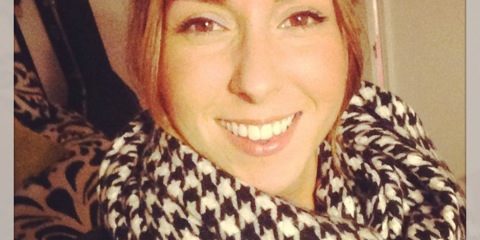 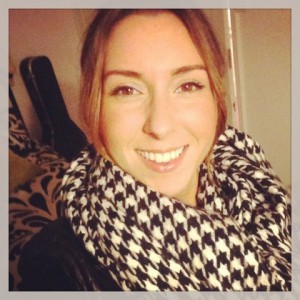 Developed terrifying condition known to be caused by too much exercise

Now feels lucky to be alive.

When Rebecca, 30 joined a gym and enlisted the help of a personal trainer, she believed she was doing the sensible thing.

But just hours after completing her first hour-long workout with him, she suffered a terrifying side-effect from doing so much exercise – and almost died.

Terrified Rebecca, a goldsmith, was pushed so hard that her muscles were breaking down. The condition is known as rhabdomyolysis. Doctors told her had she not sought medical help, she could have developed potentially life-threatening kidney failure. 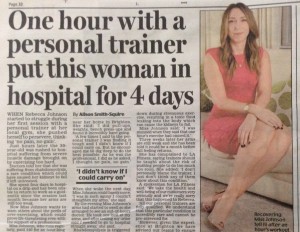 Her story will serve as a warning to all gym goers not to allow themselves to be pushed too hard by personal trainers at fitness clubs.

Rebecca’s nightmare began when she decided to have some sessions with a personal trainer at her local LA Fitness in Brighton. Already a fit person who regularly runs, she wanted to strengthen her arms.

“The hour-long session was incredibly hard,” she recalls, “but encouraged by the personal trainer, I dug deep to do everything he asked.”

Afterwards her arms ‘felt like jelly’ but Rebecca was assured herself that was because it was her first session and she’d just had a good workout.

However the next day when she woke up her arms were so painful she could barely get out of bed. And she was horrified when she went to the toilet to find her urine dark and full of blood.

She rang NHS direct who immediately rang her back and urged her to go to A&E. By now Rebecca’s arms had swelled alarmingly and she was barely able to move them. There doctors were waiting at hospital to admit Rebecca where she spent four days on a drip. Doctors told her she was extremely lucky as had she left it longer before seeking help, she could have developed potentially fatal kidney failure.

They said it had been brought on by her one-hour workout.

Three weeks on she is still unable to make jewellery, although she has been assured feeling will soon return.

She has since complained to LA Fitness that personal trainers should be trained about the risk of pushing people to do too much too soon.

“I don’t personally blame the trainer,” she says, “I just don’t think any of them know about this condition.

“I can imagine lots of people are joining gyms to shape up to Christmas and want to warn them of the dangers.”

LA Fitness has since told Rebecca although it is rare and not a condition that can be pre-screened for, it has given more instruction to staff.

You can read the full story in the Daily Mail.

Do you want to raise awareness of a medical condition? Talk to us about how to gain publicity to help others. Contact us using the form to right of this page>>>