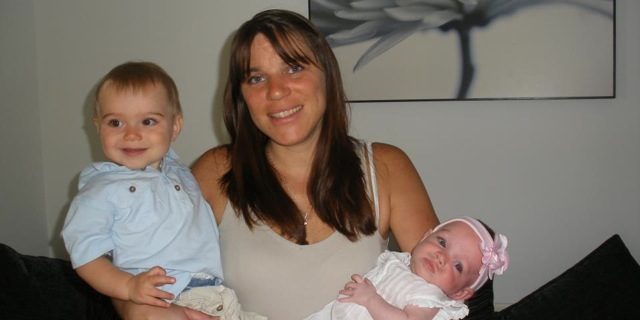 Sadie Budden’s incredible story about how she has the closest gap between siblings (just six months!) appears in REAL PEOPLE magazine… 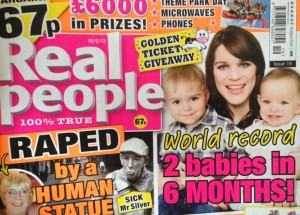 Sadie on the cover!

At Featureworld we are incredibly proud that our interviewee Sadie Budden was chosen as the cover photo for Real People mag.

You would never guess that Sadie is actually a mum of three! In fact as well as her eldest son, she holds the world record for the closest gap between babies that are not twins.

Amazingly, within weeks of giving birth to son Ronnie, Sadie discovered she was pregnant again.

Her daughter Sienna was born prematurely six months later – making her the UK record holder and matching the world record (or even beating it as Sadie’s daughter was born in the morning!) 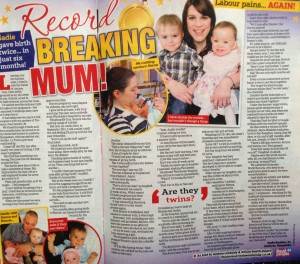 Having already appeared in the Daily Mail and in Woman magazine, Sadie was delighted to give the latest update to Real People.

She said: ‘I was particularly delighted to be treated to a wonderful make over with professional hair and make up and a fun photoshoot. It was a really wonderful experience.

‘And I was really surprised and thrilled to see myself and the children on the front cover!’

Sadie’s fascinating story also appeared over two stunning pages of Real People magazine and her story has since been sold to magazines in Australia and New Zealand.

Do you have a quirky record-breaking story to tell the world about? Let us know by filling out the form to the right of this page>>

Category: sell my story to Real PeopleBy Alison Smith-SquireMay 13, 2013
Tags: Baby stories
Share this post
Share with FacebookShare with TwitterShare with PinterestShare with LinkedInShare with WhatsApp