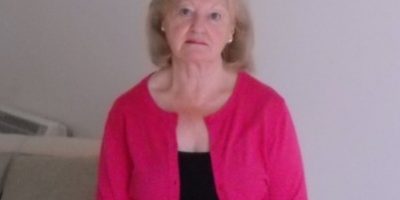 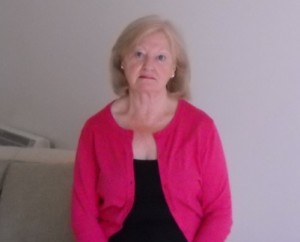 After her marriage broke up mum of two Kathleen was delighted to meet an American army officer through a dating website. Kathleen fell in love with the man who told her he was 61 and was in the US army.

But when Kathleen, 68, came to Featureworld to sell her story she was reeling after discovering ‘Mr Richard Allman’ – the dashing army officer she had been planning a future with and paid over £36,000 to when he pleaded hard times was a con.

To make matters worse, Kathleen, who gave Mr Allman £6,000 of her own savings, borrowed £10,000 loan from her son and  £20,000 from a friend after ‘Mr Allman’ claimed his his bank account was frozen and he was unable to access it. 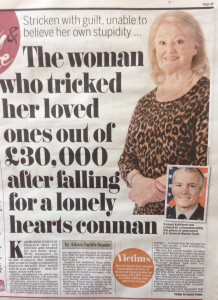 But Kathleen, who is deaf after suffering from meningitis when she was younger, was devastated when after months of exchanging romantic emails, Mr Allman said he’d booked a ticket for her to fly out to see him. She went to the airport only to find he didn’t exist and it was then Police said it appeared Kathleen – who had been sending the money to a Ghanaian bank account – was the victim of a West African dating scam.

In fact, dating scams have risen over the past couple of years – showing it is much easier to be taken in than people might believe.

Kathleen, 68, who lives in Jersey, wanted to get her story out there to warn others of such a scam – and to help pay back her friend and son (although sadly unless she wins the lottery she is unlikely to ever be able to make any dent in the thousands owed…)

She says: ‘I am very pleased my story has been told in such a large national newspaper as the Daily Mail. I had approached a few other agents before coming to Alison but they seemed to be coloured by the fact I was deaf and couldn’t do an interview over the phone.

‘However, Alison didn’t seem to see that a problem and we did the whole interview over email. I felt I knew her as much as if I had been talking with her. I really hope that my story will serve as a warning to others. You never think you will be taken in by something like this – certainly I didn’t.’

We are delighted to announce we have since placed Kathleen’s story with a major women’s magazine!

Have you been the victim of a fraud or scam? If like Kathleen you would like to get your story out there to warn others then contact us using the form to the right of this page >>>