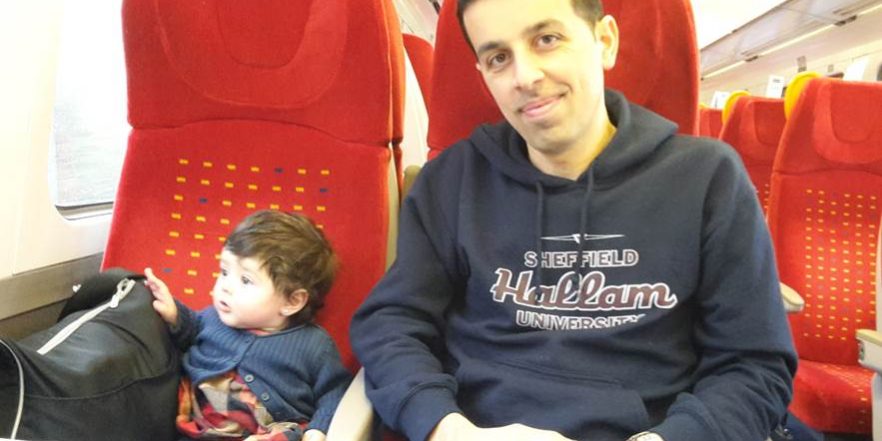 Scientist Hasan Dewachi, who was booted off flight when passenger claims he was texting ISIS messages compensated by EasyJet for his ‘suffering… and racial discrimination.’ 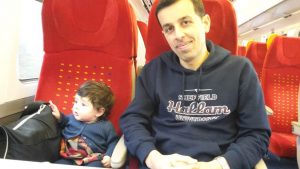 Hasan Dewachi came to Featureworld after being incredibly poorly treated by an airline.

He’d unwittingly made headlines as the passenger removed from EasyJet flight 5352 bound from Vienna, Austria to London Gatwick when a woman traveller wrongly suspected him of terrorism.

Iraq-born Hasan, 32, a married father of two and a PHD scientist at Sheffield Hallam university was humiliated when as the plane prepared to take off, he was approached by cabin crew and asked to come with them.

It transpired a woman passenger had seen him texting in arabic, his mother language, and decided they must be ISIS related.

After being hauled off the flight, he was taken in for questioning and his phone removed by airport police.

The Police quickly realised Hasan was completely innocent – he had been texting his wife to say the plane was about to take off – and he was immediately cleared of any wrong doing.

But despite being allowed to continue his journey, his flight left three hours later without him.

To add to his nightmare his phone was confiscated and he claims he was effectively dumped by airport staff to find his own way back to the UK.

Now the father of two daughters who is studying for a PHD at Sheffield Hallam university has decided to tell his side of the story – after claiming EasyJet put him through terrible suffering.

As a consequence his wife and children – due to meet him at Gatwick – were worried sick as he was unable to contact them.  He was forced to fork out for a new plane ticket back to the UK and when he did get back, it was Easter bank holiday weekend. He’d missed his train and was forced to wait in a cafe overnight.

When Hasan came to Featureworld he was pursuing a legal case as against EasyJet as he believes they subjected him to undue suffering. He felt EasyJet should have apologised, found him an alternative flight home and not left him without his phone (which has still not been returned.)

EasyJet said: ‘EasyJet can confirm that flight EZY5352 from Vienna to London Gatwick on 26 March 2016 was delayed due to the authorities requesting additional security checks prior to departure.

‘We have a duty to investigate any security related reports as the safety and security of passengers and crew is our highest priority. The police disembarked Mr Dewachi from the aircraft for questioning.

‘Unfortunately as Mr Dewachi did not book directly with easyJet he did not provide us with contact details. We would welcome the opportunity to discuss this further with him.’

After Hasan came to Featureworld I contacted EasyJet on his behalf to see what they had to say. Before coming to Featureworld, Hasan had contacted them himself to try to get his flight cost reimbursed but to no avail. However, I am pleased to say EasyJet have now been in touch with him, have apologised and reimbursed him for his flight and other expenses.

Have you been badly treated or received a poor service? Contact me for free advice >>>