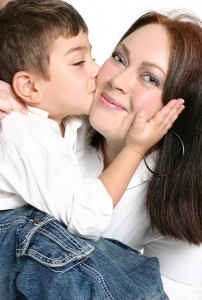 “I have been offered £350 from a national newspaper to sell my story about how my son beat prematurity and other illnesses. His inspirational story appeared in the local paper and I was delighted to be contacted by a national newspaper journalist who saw it. The national paper would like to do a little piece on him finally coming home from hospital, which I’m happy about but I’m disappointed not to be paid more. It seems so low for such a feel-good story in a national newspaper. It’s not about the money but the principle.”

Alison says: The problem here isn’t the amount you have been offered for your story but your expectations are unrealistic.

You say ‘it seems so low for such a feel-good story in a national newspaper’ but how many stories have you sold recently to the national press? How do you know this is a ‘low amount’?

Unfortunately many people wrongly have the idea that a national paper will always pay thousands for a story. But this is not the case. National newspapers are the same as any other business with budgets they must adhere to. And while they will pay thousands for a very strong exclusive story (usually one that every newspaper is after or has front page potential) they would go out of business if they regularly paid this sort of cash for smaller  stories.

The reality is most stories sold to national newspapers and magazines (if there is any fee offered to the interviewee at all) go for hundreds rather than thousands of pounds. That said, going through an agent rather than selling your story yourself can increase your earnings. For a start, an agent knows how much editors are paying for these sorts of stories and can send a story to a number of editors to ensure the best price. Then once your story has been printed in the paper, your story can be placed in other newspapers, in magazines and on television. We have even had an interviewee whose child has ended up fronting a national advertising campaign – all through appearing in a lovely story in the national press in the first place. So you are likely to end up with more than £1000 in the end and lots of lovely cuttings as well.

You should be thrilled to have been approached by the national press to feature your son’s story. Papers are inundated with good stories every day for free – from bloggers to PR companies to just proud parents who would be delighted to have a cutting.  They have lots of choice from those hundreds of stories being sent in and in fact it is much harder to get a story into the national press than many people realise.

Your son is an inspiration and this is indeed a feel-good story but it is not controversial or a sought-after ‘must have’ story. The danger is that ‘negotiating’ for more money can make you appear greedy – or you will simply out-price yourself – and you could find your story is rapidly dropped for someone else with an inspirational child story who is just thrilled to be asked. So within that context, and bearing in mind your story has already appeared in a local paper (for free!!) it seems that £350 is indeed a good offer for your story after all.

PC Pantsdown – frisky cop hubby was having an affair…
October 25, 2016

Going to a solicitor Versus selling your story to the media …
January 12, 2016