‘Sell my story direct to a newspaper or magazine or use an agent to sell my story?’ 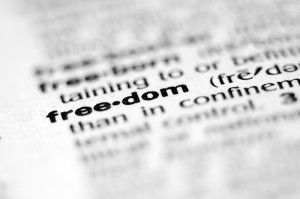 Which way to sell a story is best for you?

Selling a story by yourself isn’t easy

Unfortunately, selling your story directly to the press isn’t a straightforward process. Going directly to a publication – because you think you might gain the most money that way –  does not mean you will get more money.

* Women’s magazines and national newspapers receive hundreds of story ideas every day via email and sack loads by post. Great stories are often lost in the thousands of emails and calls editors are bombarded with every day. Selling your story through through the right agent will ensure it stands out from the rest and is seen fast by the right person.

* Unless you are selling stories to the press and magazines every day you can’t possibly know the price stories are currently selling for. So an editor might pay you less (as little as they can get away with) because you won’t know your story is worth more! Alternatively some interviewees over value their story – they don’t appreciate a good deal when it’s offered – and miss a vital opportunity to sell a story.

* An agent can send your story out to a vast number of newspapers, magazines and television programmes to gain the best deal. An agent can also gain you multiple deals when, rather like royalties for pop stars, you will be paid each time your story is printed. It would be impossible for anyone who doesn’t work as a professional within the industry to be able to send their story to so very many contacts at so many huge and busy national publications.

* Interviewees who approach several papers directly and agents at the same time are frowned upon in the industry. This is because while editors expect an agent such as myself might approach a variety of publications to find the best deal, an interviewee touting their story for the best deal simply makes themselves look greedy and unsavoury. At the same time publications worry that if that person is approaching others – for example they are sent the same story by two different agents or they discover you have also approached a rival (it is a very small industry!) – their story won’t be exclusive.  A paper might also think they will let a rival buy the story and then just print it anyway using fair usage rules (which allow a publication to report stories that have appeared in another publication) on their website for nothing! And also, without an bona fide agent’s contracts in place, rival papers will sell your photos to one another…

* If more than one publication wants to buy a story, then an agent will hold a proper auction. All editors – and we all abide by ‘unspoken rules’ in an auction that someone who is not working within the industry will have no idea about – are then invited to put in their best price. That way I always know I have gained the best price for a story. At the same time, if only one offer is received for an interviewee’s story, then that is the best one (it is the only one!) However, an agent can sometimes also arrange for a story to appear in several publications at once.

* Selling a story directly to a newspaper or a magazine can also have contractual issues for you. Interviewees often unwittingly find that newspaper or magazine is legally able to sell a story on elsewhere without their consent, losing them money. Be aware legally just speaking to a national publication directly and posing for photos is giving your consent to them to run a story. While at Featureworld it is my ethical policy to ensure everything is put in writing prior to publication of a story, and gain an interviewee’s written consent, there is nothing in law that says you must sign anything.

* Newspapers in particular may seem to offer a good amount of money when an interviewee approaches them to sell a story. They sometimes dazzle interviewees with what appears an offer of a fantastic amount of money just to get the story. They might give an amount ‘if your story appears on the front page’ or offer an ‘up to’ price.  Meanwhile a much smaller amount is mentioned ‘if your story appears on just one page.’ Don’t be fooled! The amount you will get is usually the lower amount of money – and they might make you accept even less if the story doesn’t do as well as hoped. Unfortunately there is no ombudsman to go to if a big national newspaper doesn’t pay up at all. Featureworld interviewees however are given a firm price and this is always what they get! That is why if you look they are happy for me to sell their stories in multiple deals, including abroad, time and time again…

* Some newspapers will make the highest offer just to get your story – with no intent of printing it. Unfortunately in the cut-throat media world, they might do this to stop a rival newspaper getting your story and spoiling another similar exclusive they already have.  As payments are made on publication, this can mean no payment to the interviewee at all.

* Unfortunately not all stories sold to publications actually make it into print – often simply because one editor doesn’t like it. At one national newspaper it is believed only one in three stories written up with photos done actually makes the paper. If your story is one that doesn’t ‘make’ then you still won’t be able to sell it elsewhere – because publications need to guarantee a story is exclusive and isn’t going to appear in a rival. But should this happen when you have an agent, that agent will be able to remove your story and place it elsewhere.

* If you want to sell your story to TV, it will be much easier dealing with an agent. At Featureworld you will notice the vast majority of interviewees’ stories appear in a newspaper, magazine and on TV if they wish. I also gain them deals abroad – some people have tens of deals abroad. This is definitely not possible if you are an ordinary member of the public selling your story by yourself!

* Selling your story directly to the media means you have no-one on your side to ensure your copy is read back, that you are presented as you wish to be, and that you are paid. Some newspapers take months to pay out while interviewees selling stories to a newspaper via Featureworld are paid within three days of publication.

But could I still earn more money selling my story by going direct and cutting out the agent?

Many editors prefer to deal with an agent rather than an interviewee. They know a good agent will have briefed an interviewee properly, ensuring the process of selling that person’s story to them runs smoothly.

Then, even within the national press, there have been huge cutbacks in staff. This is why editors at magazines and newspapers often find using Featureworld a cheaper, more efficient and convenient option than dealing directly with an interviewee, sending a busy staff reporter to carry out an interview.

At the same time they know interviewees have chosen to sell a story through Featureworld. They understand interviewees are more comfortable dealing with one trusted agent from pitch to publication than speaking with a staff reporter, who is a complete stranger.

Finally… if you rush and try selling your story directly to a newspaper or magazine yourself and it’s rejected, it may make it virtually impossible for me to go back and place it for you. Many women’s magazines and national newspapers will only pay big money for exclusive stories – this means a story they have never seen before. So take professional advice before steaming ahead…

You can contact Featureworld for free, independent advice on selling a story – there is no obligation to go ahead. Simply fill in the Quick Submission form to the right of this page >>>