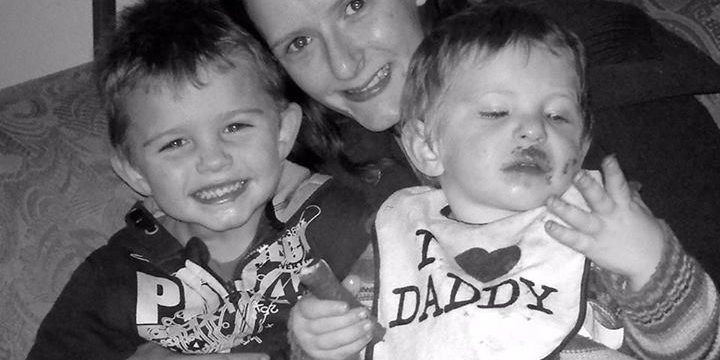 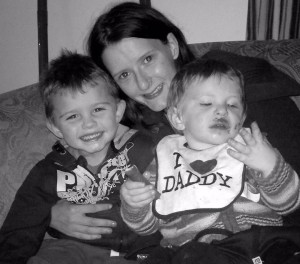 Kerry with Ben and Lochlan

In 2009 Featureworld received an astonishing inquiry from a couple who were about to marry. Their wedding had been halted by social services – because bride Kerry McDougall (nee Robertson) was deemed by social workers to not be intelligent enough to understand the vows.

At the time Kerry, who has mild learning difficulties and had care overseen by social workers as a child, was pregnant with her fiance Mark’s baby and worried that social workers also believed she was too dim to be a mum, the couple fled to Ireland where they believed social workers would be more sympathetic.

However, three days after baby Ben was born – and alerted by Fife Social Services about Kerry’s ‘difficulties’ – Irish social workers turned up at the maternity ward and took their baby into care. 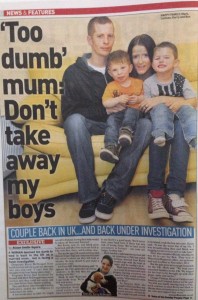 The scenes of chaos and pain inflicted were indescribable – needless to say as a journalist the harrowing phone call I received from Kerry and Mark minutes after their baby was snatched will stay with me for the rest of my life.

However from when the wedding was halted to when Mark and Kerry had Lochlan, Featureworld has been a constant and their story has appeared all over the world.

Fortunately, there was a happy ending. Irish social services did their investigations and after nine months decreed Kerry a fit mum. The family were reunited and went on to get married and have a second son Lochlan, two, remaining in Ireland.

However, much as they loved Ireland, they missed their home in Scotland where both Mark and Kerry had many friends and relatives. And so they decided to see if they could come home.

A few weeks ago – and leaving their sons in Ireland – the pair came back and visited Fife Social Services to see what the situation would be if they returned. They claim they were told there would be no problem.

So a week later they returned to the UK with both sons with Mark landing a job as a night warehouseman.

However, within days they’d had a visit from two social workers to say their case was to be reopened and have now received an official letter saying a case conference to see if a protection order needs to be put on the children will be held.

Needless to say both are terrified that they are about to lose their two gorgeous, happy little boys.

Mark and Kerry came back to Featureworld to get this new story out there – although in fact we have never lost touch and I have thoroughly enjoyed seeing the whole family growing up (normally!!) via their many super photos on Facebook.

And to gain maximum publicity their story was placed with the Sunday People and Sunday Mail in Scotland. We are now sorting out further coverage for them.

So it is not just a story about Mark and Kerry but one that has wide ramifications for all of us.

Read the story in the Sunday People.

Read the story in the Scottish Sunday Mail.

Do you want to sell your story for justice? Contact us for free advice and to find out how using the form to the right of this page>>>