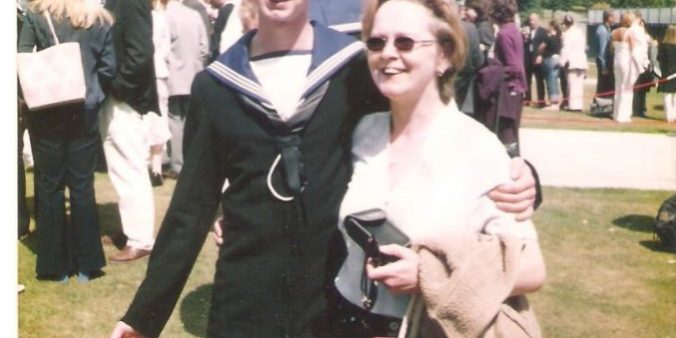 When Jacquie’s son, Andrew, died she was heartbroken. 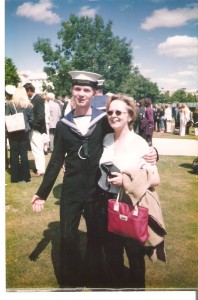 Tragically, although she believed he was happy with a good job, he lived alone and had killed himself.

The night before Andrew, 28, died, she had a terrifying premonition.  The phone rang and she woke to answer it but no-one was there. And when she looked at the phone, there was no record of a missed call.

The next day and inexplicably anxious about Andrew, she rang his flat but there was no answer. She drove to his flat but by the time she got there he was already dead, having hanged himself.

It was a double tragedy because he was her only child  – another son – died of a cot death years ago.

Jacquie is convinced that when her mobile rang that night he was reaching out to her as he passed away.  Sadly Andrew didn’t leave a note to say why he’d taken his own life. But Jacquie, 53,  who had a close relationship with her son, still felt his presence with her. 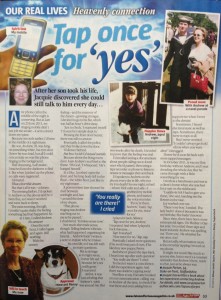 And having seen a documentary where people called out to loved ones who’d passed away by using a tape recorder or phone to listen to noises or messages they send back, she has discovered she can contact her son – by speaking with him on her mobile phone.

Her story is now being investigated by an expert in the paranormal. She is also researching the phenomenon herself, looking into the physics of how matter changes.

Jacquie feels content in the knowledge that Andrew is still there. To her, he might not be here in body but he is still with her. And knowing this has brought her great comfort.

And because of this special link with Andrew, she knows life continues after death.

Jacquie’s emotional story appeared in a page and on the cover of Fate & Fortune magazine. 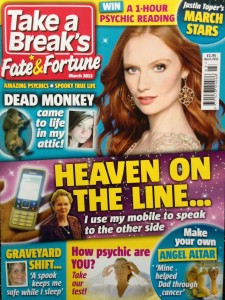 She has now written a book about her experiences and a link for readers to buy her book was included at the bottom of her article.

Read more about Jacquie and buy her book

Getting publicity for your book

Do you have a ghost story, paranormal story or story about life after death?  Let us know as it might be suitable for publication in a newspaper or magazine such as Fate & Fortune …

Category: Stories sold to a magazineBy Alison Smith-SquireFebruary 8, 2013
Tags: Take a Break Fate & Fortune story
Share this post
Share with FacebookShare with TwitterShare with PinterestShare with LinkedInShare with WhatsApp