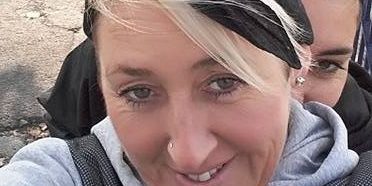 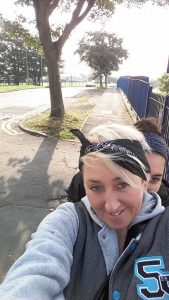 Erica is moving on with her life…

The last taboo? Many people think sex abusers are only men – but as this shocking story shows, sometimes it is a woman

Marie Clarke is not the lovely lady people think she is, says her daughter

As a child, Erica Gimson longed to be loved by her mum.

But instead she was robbed of her childhood as her depraved mother Marie Clarke carried out a series of shocking attacks.

Between the ages of five and 12 Erica was subjected to a campaign of sexual assault and cruelty by her single mum.

Shockingly, some of the abuse was carried out because her mum enjoyed it. But she was also sexually abused by her mother as her mum used tweezers to pluck out her pubic hairs and made Erica suck her breasts.

It only stopped when aged 12, after one severe beating, Erica plotted her escape and ran away. 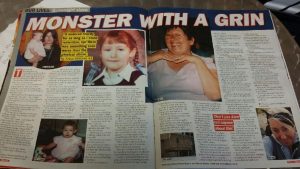 The story went over two pages of Take a Break

Erica was taken into care but the authorities never pressed charges against Marie Clarke. As Erica got older and had a daughter herself, the horrors of her childhood gave her nightmares and in 2013 she decided to go to the police again. They obtained her medical and social services records and realised Erica was telling the truth.

Clarke, then aged 60, was arrested on abuse and sexual abuse charges and in 2014 at Liverpool Crown Court she was jailed for six years.

Erica was relieved her mother was jailed. However, in 2016 she was released and Erica lives in fear she could one day bump into her.

She bravely waived her anonymity to expose her mother and talk openly openly about a taboo subject.

Her story appeared on the cover of Take a Break magazine and inside over two pages. It also appeared on Sun Online and you can read the full story here.

Sexual abuse story to place in a magazine or newspaper? For free and confidential advice contact me using the sell my story form to the right of this page >>>