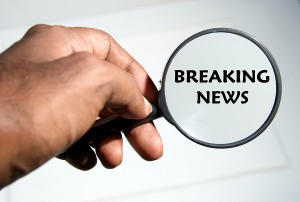 Vicky Pryce is the ex wife of minister Chis Huhne. She is accused of taking his points when he was caught speeding, but her defence is that as a wife she was forced to do so.

Now the whole trial – all the evidence, all the witness and all the cost (at taxpayer’s expense) must be repeated again with a whole new jury.

So is it time to abandon the jury system?

The idea of ’12 good men and women’ hearing evidence has been enshrined as being at the heart of our criminal system.

But perhaps it is outdated. After all, for most people the arrival of a letter saying they must do jury service is a nightmare. It is very difficult – if not impossible – to get out of jury service. It means taking time off work (a nightmare if you run your own business) and sitting in a court case perhaps for weeks on end (or even months…).  And there are only very paltry expenses for attending per day. So it’s debatable how many people actually want to be there.

Then, jurors come to court with all sorts of prejudices. Some people might not like the idea of convicting anyone, even when the evidence is clear. Others might think everyone who goes to court must be guilty.

As a journalist who has sat in hundreds of court cases, I’ve seen jurors let off someone who was clearly guilty. I’ve seen jurors ask questions that prove they do not understand what is going on. Some don’t understand because English isn’t their first language. Some have fallen asleep during the hearing while others clearly just aren’t listening.

Sadly I don’t believe the Vicky Pryce trial is unusual because I’ve seen it lots of times.

I have felt for years – and still believe – we should get rid of the jury system. Hauling ordinary people who have lives to get on with, families to care for and jobs to do – into court to do their ‘duty’ and sit in on a case they are unlikely to have any interest in, is misguided at best. At worse it means justice won’t be done – or as in this case tens of thousands of pounds of tax payer’s money are squandered.

A better system is three judges as there is in the High Court – people experienced enough to understand even the most difficult legal case. They are also not likely to be swayed by a clever performance by a barrister. And they are of of course being paid properly as it’s their job.

This is how it works in a magistrate’s court either with one magistrate (a stipendiary) or three Justice of the Peace (who are volunteers who want to do this.)

It seems justice is done perfectly well at a magistrate’s court – used for trying lesser offences. Some people are found guilty, some not guilty, some cases thrown out because of a legal loophole. Certainly I haven’t seen any miscarriages of justice because it was tried by a magistrate.

What do you think? Should we get rid of the jury system or is it an integral part of seeing justice being done? Let us know below…