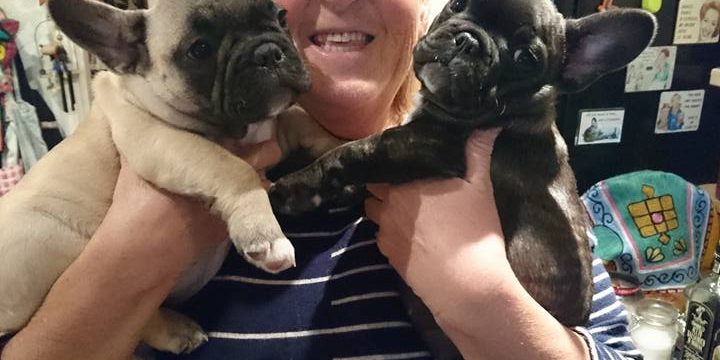 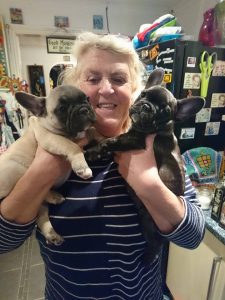 Jenny with some beloved pups!

After her story appeared in the Daily Mail newspaper, I was delighted to place Jenny’s story again in a top magazine.

Jenny’s story about how a holiday romance with a Sri Lankan man went wrong went over two pages.

When Jenny began a holiday love affair with tour guide Nissanka Premadasa she thought they both shared one thing in common – a love of dogs.

Soon Jenny was planning to begin a new life with Nissanka, setting up a dog sanctuary to help the many starving dogs she saw on the streets of Sri Lanka.

But after handing over thousands of pounds in legal fees to a lawyer to buy some land, she became suspicious. It turned out the promised land – on which Jenny hoped to build Furry Tails dog sanctuary with Nissanka – didn’t exist.

She then discovered Nissanka was happily married…

Thanks to Jenny’s dogged (!) determination to get the money back, she has been paid back her money in full. However, she believes she was the victim of a clever scam to extract money from her…

Has your holiday love affair turned into a nightmare? If you have a holiday romance story to sell, contact me for free advice by filling in the form >>>

Read the full story below… 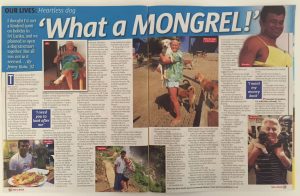 Jenny in Take a Break!

Jenny Bain, 52, had not only met the man of her dreams on holiday in Sri Lanka  – but they even shared passion to help starving street dogs. What could possibly go wrong?

Driving through the streets of Sri Lanka, my gaze caught a tiny stray dog lying on a pavement – and my heart went out to it.

“Stop the taxi!” I said to my driver and tour guide Nissanka Premadasa, 43.

Leaping out of the door, I picked up the dog and held him to my chest.

Whimpering and painfully thin, his big brown eyes stared up at me as if to say, ‘Help me … please…’

I delved into my pocket and found some loose change. “This animal is starving,” I said to Nissanka, “where can we buy some food…?”

“I know… “ he replied, making his way to a supermarket across the road.

Ten minutes later he came out clutching a bag of food.  And we both watched together as the dog greedily lapped it all up.

I was on the holiday of a lifetime, touring in Sri Lanka. But while the country was stunning, in the first three days alone I was shocked at the number of stray dogs I came across.

I’ve never married or had kids – dogs are my children – and this was heartbreaking.

That night Nissanka and I stopped off at a hotel.  Nissanka’s kindness – driving me wherever I wanted to go – hadn’t gone unnoticed.

And he was so polite.  Nothing was too much trouble. If I dropped something, he picked it up, he carried my bags and even as we sat in he hotel now, he was pouring my tea.

“You were kind today getting that dog food,” I said to him.

“Oh it was nothing,” he said, “we share a passion for the stray dogs.”

“Thank you” I said and as I touched his arm, our eyes met. I thought he was attractive at the outset – and now I realised as he gazed at me he felt the same way.

There was a kiss … and that night we shared a hotel room together.

Over the next few days we were inseparable Nissanka, who told me he was single, was such fun – one night he dressed up in my clothes and made me laugh out loud.

It came as a shock when one night I picked up the phone in our hotel to hear a woman’s voice asking for him.

“She was my wife, “ admitted Nissanka, “but now we are separated.”

They had children together so they still kept in touch.

But he hadn’t want to tell me before, he said, in case I was put off.

By the time we said goodbye I was so sad to leave him – and the dogs.

Back home in Cambridge I couldn’t stop thinking of Nissanka. I’d really fallen for him. And then I also couldn’t stop worrying about all those poor neglected animals.

Then one day Nissanka said: “Why don’t you open a sanctuary in Sri Lanka for them.”

He had friends, he said, who owned a hotel with land.

I could run the hotel and build a dog sanctuary on the land.

“It would also mean we’d be together,” said Nissanka.

We spent hours over Skype discussing our plans. We’d have a grand launch.

Nissanka and I even thought of a name – Furry Tails – a play on Fairy Tales.

Excited I booked a flight to Sri Lanka for December 2015.

Meanwhile I wrote to dozens of vets asking if they could donate medicines and supplies. Many stray dogs I’d seen in Sri Lanka needed medical help. I planned to take as much as I could to Sri Lanka to help as many dogs as possible.

By the time I went to the airport, my bags were bulging with hundreds of pounds worth of supplies donated by kind UK vets.

Nissanka sent me details of the hotel and land he had in mind in a village called Sigiriya.

And I began the procedure to remortgage my semi – realising my dreams would cost £90,000 and I planned to take the extra funds out of my house.

Nissanka met me at the airport and I ran into his arms.

He looked as gorgeous as ever.

As he drove me to the guest house where I was set to stay, my heart burst with love for the dogs I saw.

“It’s wonderful that soon you’ll be able to help them,” said Nissanka.

Nissanka arranged a meeting with his lawyer and the owner of the hotel.

When I saw the hotel I was thrilled – it was going to be perfect.

Only the day after meeting them I went down with a bug.

It was such a relief when he said that was fine.

Only … when I got to his house I was puzzled to see his wife there.

“We’re not together, we just live together for the children,” he explained.

I was so ill I wasn’t going to dispute it.

But that night when I saw the pair of them go to sleep in the same bedroom, I realised our romance was over.

Nissanka tried to deny he was still with his wife. But it was a crushing blow.

Then I consoled myself that it had been good fun while it lasted.

And I still had opening my dog sanctuary to look forward to.

I had it all planned – right down to the enclosures I would build.

A few days later I handed over £2500 up front in legal fees, together with £1000 reservation fee with the hotel owner.

Back home once again I began filling in the forms to remortgage my house so I could send over the rest of the money.

The deeds to the land were sent.

Fiends said, “Are you sure it’s not a scam?”

I was sure. After all, I’ve travelled all over the world by myself – I am hardly someone anyone would try to con. Only as I was about to mail over some more cash, a solicitor friend insisted on checking the deeds over. And it was then my world fell apart.

The address on the deeds was different from the address of the property I was buying.

I felt sick. There had to be an explanation.

“But you signed..” he said. Only – I hadn’t actually signed anything,

I tried facebooking Nissanka, ringing him again, skyping – but my calls were ignored.

In desperation I even employed a solicitor in Sri Lanka – but he just confirmed my worse fears.

I emailed the British Embassy, the Sri Lankan Embassy. I wrote to Nissanka – ‘If you don’t pay my money back within three weeks I will go to the Police,” I warned.

Nissanka blocked me on Facebook and didn’t answer my calls.

But I wasn’t about to give up. I went to the Sri Lankan Police. Nissanka was brought in for questioning but was released when he told them he would pay the money back.

Eventually I did get my money back but I am still furious that he used my love of dogs to extract cash from me.

Mr Premadasa, who denied he was part of any scam, said: “She (Jenny) wanted land and gave the money to a lawyer and a hotel owner, not me.  There was no affair. We were just friends and she always knew I had a wife and two children.”

Category: Stories sold in 2016, Stories sold to a magazine, Take a Break storiesBy Alison Smith-SquireJuly 4, 2016
Tags: Conned and scammed - real-life storiesRelationship stories
Share this post
Share with FacebookShare with TwitterShare with PinterestShare with LinkedInShare with WhatsApp