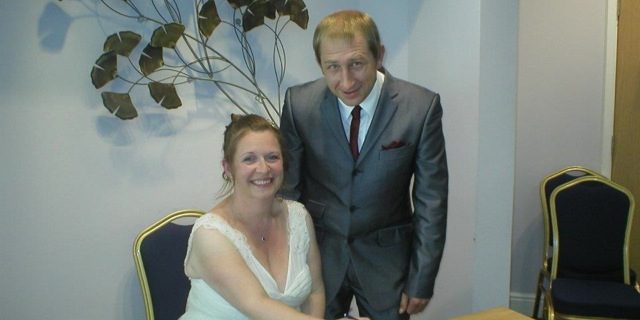 Victoria and Treva Askey appear in TAKE A BREAK MAGAZINE… 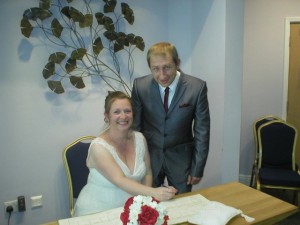 The Askeys on their wedding day

Following publication of their exclusive story in the Sunday Mirror newspaper via Featureworld, Victoria and wife Treva appear in a magazine – and they are shortly to also appear on national television.

The couple hit the headlines because Treva used to be a soldier called Trevor. Trevor was the last person anyone imagined would become a woman but shortly after marrying Victoria, Trevor became Treva.

Victoria and Trevor first met as childhood sweethearts – but when Trevor joined the army, their pair split. Over decades they kept on meeting up but both were in different relationships.

Finally Trevor’s marriage to his wife finished and he confessed to Victoria he wanted to change sex. 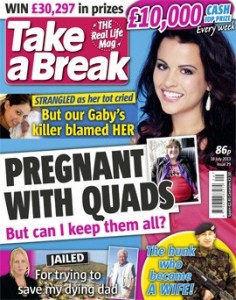 A few years later Victoria’s own relationship was on the rocks and when she and Trevor got together, she knew this was the right person for her. It was something she’d known all along.

The pair wed as man and wife but shortly after Trevor left the army and Victoria has helped Trevor transition into Treva.

The pair intend to stay married as Mrs and Mrs Askey – and they are both soulmates and happier than ever.

Their amazing story appeared over two pages and on the front cover of Take a Break mag.

If like Victoria and Treva you have a quirky relationship story to sell, then contact us using the form to the right of this page>>>

Category: Recent stories 2013, Sell my story to the Mirror, Stories sold to a magazine, Take a Break storiesBy Alison Smith-SquireJuly 16, 2013
Tags: Transgender real-life stories
Share this post
Share with FacebookShare with TwitterShare with PinterestShare with LinkedInShare with WhatsApp