Joanne Coleman’s poignant story about her late husband whose dying wish was to be a dad, appears in the SUNDAY PEOPLE newspaper…

This is the poignant moment a dying soldier, 34, cradled his newborn baby girl. 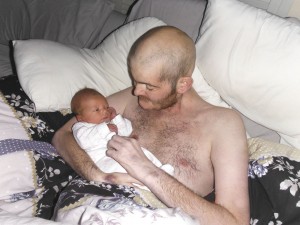 Tragically, seven days after this photo was taken Gary, a Lance Corporal with the Royal Engineers, died.

Now his widow,  Joanne, 34, a nurse, has told how doctors brought on baby Amba’s birth early – so her husband could hold his daughter in his arms.

She said: “Amba was a miracle baby. My husband had so much chemotherapy that doctors believed he was infertile. So when I conceived Amba it truly was amazing.

“It was his dying wish to be a dad and to hold his baby in his arms before he died. Knowing he did that has given me the strength to carry on.”

Her husband was a super fit royal engineer in the army when in December 2010 the couple wed. 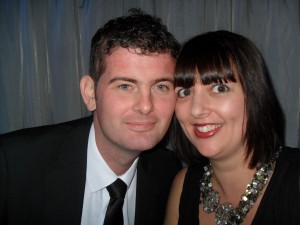 But devastatingly in Feb 2011 he was diagnosed with cancer of the food gullet.  After major surgery and chemotherapy the couple went on honeymoon.

Doctors said they would not be able to conceive but when they returned, Joanne discovered she was pregnant.

However, in August last year he became ill again.

He was determined to see his daughter born and die a dad. And so when in April 2013 his condition began to deteriorate, doctors said they would be happy to induce his baby so he could hold her before he died.

Says Joanne: “I am so pleased Gary saw Amba before he died. Just knowing he died a dad has made his death easier to cope with. And I have the photos to show Amba when she is older.”

Gary, who has been in the army since he was 16, was given a full military funeral and his troops in Aghan sent flowers and held a service for him there the same time as the funeral took place in the UK. 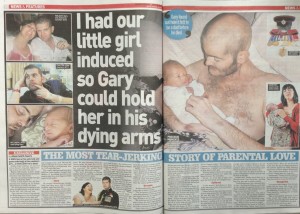 We are now negotiating further deals for Joanne, who is donating fees she receives to charity.

Selling your story for charity

Real-life story to sell to a newspaper, magazine or TV? Contact us using the form to the right of this page>>