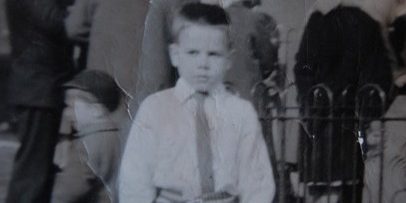 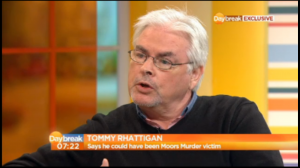 After coming to Featureworld to tell his story, Tommy gained a publishing deal for his book

In 2013 would-be author Tommy Rattigan came to Featureworld with a fascinating story.

As a little boy growing up in Manchester he had come across Ian Brady and Myra Hindley. After enticing him into their house, he was fed a jam sandwich.

Of course at the time he had no idea he was dealing with some of the most notorious child killers of our time.

But as a youngster he felt uneasy and managed to escape through a window.

For 50 years Tommy kept the encounter to himself. But after reading an update about Ian Brady he decided to begin writing a book.

When Tommy came to Featureworld he had written tens of thousands of words of his book about growing up in the Manchester suburbs and his encounter with Brady.

I placed his story in The Sunday People newspaper and arranged for him to tell his story on ITV.

Afterwards Tommy ploughed on writing his book but through the publicity created by Featureworld he attracted the attention of a publisher. 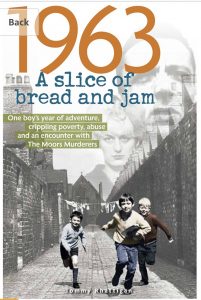 And in April 2015 he finally had his book published!

Brady has since died and Tommy has once again been interviewed on television about his encounter which so nearly ended up with him being a victim.

I also placed his story with Sun Online, giving him and his book further publicity!

You can read more about his story on The Sun website

1963, A Slice of Bread and Jam, By Tommy Rattigan – one boy’s year of adventure, crippling poverty, abuse and an encounter with the Moor’s Murderers – is available from Amazon.

Are you writing a book? If you need advice, press and publicity to promote your book, contact me for free advice using the sell my story form to the right of this page>>>