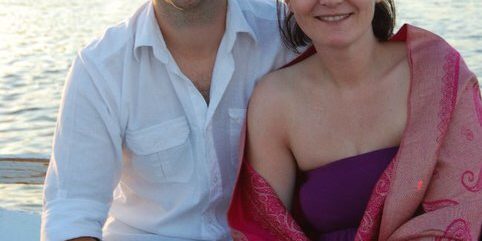 Unfaithful husband story in BELLA mag: My husband had a baby with his mistress 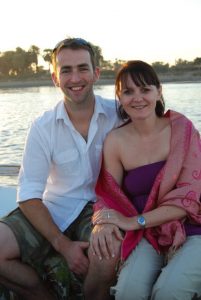 Karen believed her husband when he said he was working overnight as a police officer.

The day after their son’s third birthday party Mike had to ‘work late’ again.

Eventually Mike made a confession – he had been seeing someone else. But worst was to come – because she was having his baby.

Mike claimed the ‘affair’ had only been a one night fling and eventually and for the sake of their two children, Karen forgave him.

But then she found out he’d been cheating on both of them with a second woman.

This time she kicked him out and has now divorced him for adultery.

Karen was single with one daughter when she met her husband to be Mike, a policeman. Pregnant with their first child together, they decided to marry.

But the first sign all wasn’t well came days before their wedding – and she discovered Mike had snogged another woman on his stag night. She cancelled the wedding but he put it down to stag do jinks and a year later they finally tied the knot.

They went on to have another son but they argued over the amount of hours Mike worked – he was always at the office late. Karen couldn’t help but worry he was having an affair – he denied it and after marriage counselling in September 2014 the pair took a break. 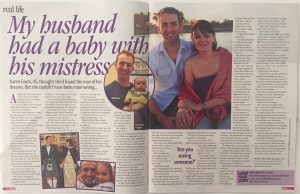 However soon Mike was asking for Karen back. By the time they celebrated their son’s third birthday in December 2013 she thought they were back on track. She had no idea that when he said he was working late the next day he was actually having a fling with a colleague.

Blissfully unaware her hubby had got another woman pregnant, by January 2015 Mike wanted them to renew their wedding vows. By April they were back together – but he had one confession to make. It was then Mike told Karen about the colleague who was pregnant. He claimed she didn’t mean anything to him. Even when the other woman had his baby,  he promised he’d change so Karen forgave him.

What she did not realise was that Mike, who told me he is sorry for the situation he has caused, had been cheating on both of them with a third woman.

When she found this out Karen decided she’d had enough and kicked her unfaithful husband out. Karen has since divorced him for adultery, citing both affairs.

Karen’s unfaithful husband story appeared on the front cover and over two pages of Bella magazine.

She says: “When Mike snogged a woman on his stag night I should have chucked him out then and there.”

Did you catch your husband cheating on you with another woman? Find out more about selling your story to a magazine by contacting me for free, independent and confidential advice >>>

Category: Sell my story to Bella magazine., Stories sold in 2016, Stories sold to a magazineBy Alison Smith-SquireSeptember 15, 2016
Tags: Relationship stories
Share this post
Share with FacebookShare with TwitterShare with PinterestShare with LinkedInShare with WhatsApp