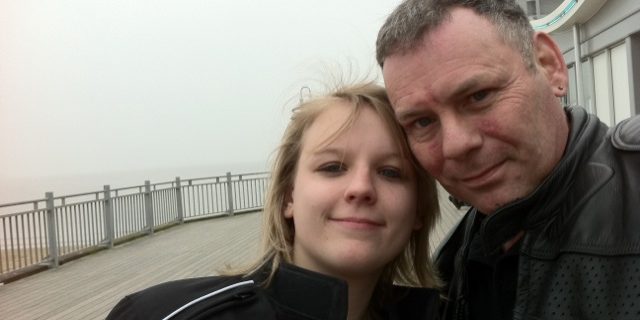 At Featureworld we love nothing more than a happy uplifting story … and Krissie’s tale of how she met her partner certainly made our day! 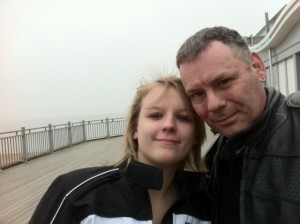 After splitting from her long-term relationship, single mum Krissie Yates 22, moved into a new flat. With a small son she felt quite low and as a young mum it was hard to get out and socialise.

Worse, she kept on getting the post that was meant for the previous tenant.

She put it all in a pile in case the person ever came to collect it. And one day he did – Blaine was a man aged 50 – but he was a friendly face. After a quick chat he picked up his post and went on his way.

A few weeks later he popped in to get the post again – and this time Krissie invited him in. From then on she began to look forward to seeing him… and fancy him too. At the same time, although he said he would redirect the post to his new address, he never did.  Instead he kept popping round to pick it up. Eventually, he admitted he hadn’t redirected the post because he wanted an excuse to see her! 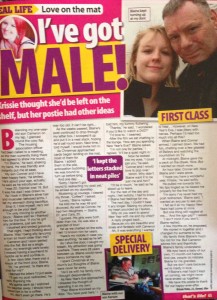 The couple fell in love, moved in together and now she has just given birth to their baby, Karson.

It hasn’t been plain sailing.  Some of Krissie’s family disapprove of the 28 year age gap. He has children from a previous relationship and his daughter is older than Krissie.  Yes he is often mistaken as Krissie’s dad – and Karson’s grandad – but they don’t care.

As Krissie says: “We don’t care because we’re madly in love.” The couple also say they have their postie to thank for getting them together in the first place. “If Blaine’s mail hadn’t kept on coming, we might never have ended up together.”

Did you meet your partner in an unusual way? Perhaps you have a large age gap between you … but your relationship still works? If you want to sell your story to a magazine, contact us to the right of this page…