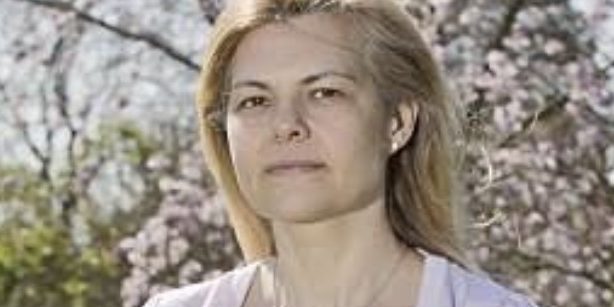 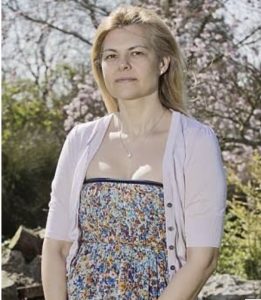 ‘As a mother you will do anything to help your child,’ says Helen Barnes herself a mum of two

A mysterious benefactor who donated £40,000 to the family of ill baby Charlie Gard has been revealed as 45-year-old mother of two.

Helen Barnes from Tunbridge Wells, who describes her situation as ‘not wealthy’ said giving the money from savings was a ‘real sacrifice’ but she hoped it would help seven month old Charlie.

‘It’s hard to understand how total strangers can steal your heart but they truly have,’ said Mrs Barnes who donated the money after seeing his parents speak of their anguish on a BBC’s Victoria Derbyshire show.

Doctors at Great Ormond St Hospital say there is no accepted cure for their baby boy only the 16th person in the world to be diagnosed with a rare type of mitochondrial syndrome which causes progressive muscle and organ weakness.

At a High Court hearing last month they said it would be kinder to allow Charlie to die.

But his parents Connie Yates and Chris Gard disagree. They have found a doctor in the US willing to try pioneering drugs and are battling to raise the £1.2million needed for the treatment. They must now convince a judge they might work at a hearing on April 3rd.

Mrs Barnes, who is married to Steve, an accountant, said they try to regularly donate some savings to causes close to their hearts.

They had already read the story in the Daily Mail and then when Mrs Barnes watched the couple on television, she knew she wanted to help.

‘We are not wealthy and the money we give generally is a real sacrifice sometimes,’ she said, ‘so much money in this country goes on foreign aid but we believe charity begins at home.’

She adds: ‘I was moved to tears when I saw Connie and Chris being interviewed.

‘I couldn’t believe the terrible situation they’ve found themselves in.  As if they don’t have enough to cope with, having such a seriously ill child, they are also being taken to court by doctors who want to end his life.

‘ It seems wrong that their child isn’t being given the chance of life when he would die anyway and there is something that could help him – and help doctors understand this condition.

‘I am a spontaneous person and immediately it felt right to give them this money. As a mother you will do anything you can for your child and I just wanted to help them.’

She said her husband with whom she has two children aged 12 and 14, felt the same. ‘He was at work when I made the donation but when I told him where the money was going, he was very happy.’

Mrs Barnes revealed she has had instances in the past when she felt doctors did not take her concerns seriously.

She said: ‘As a baby one of my children suffered a rash. Doctors told me I was simply an over protective over worrying mother until he was diagnosed with a severe food allergy.

‘So often we as parents are fobbed off by professionals saying we don’t know what we’re talking about.

‘But a mother knows her child best and should be respected and listened to.’

Since donating the money, Mrs Barnes and Miss Yates have been in contact.

‘Connie was so grateful – I knew for sure as soon as I spoke to her I’d made the right decision,’ she says, ‘if I could afford to give more then I would have done.’

Yesterday Miss Yates, 31, said: ‘When Chris and I heard someone had donated £20,000 were were over the moon. Helen has since been a tremendous support and we are really grateful to her.’

To donate go to: https://www.gofundme.com/please-help-to-save-charlies-life

Find out more about the Charlie Gard story

Have you donated a large sum of money to a worthy cause? If you are trying to raise awareness or help someone, contact me using the form to the right of this page >>>