What makes people come to Featureworld to sell a story?

Here, we look at just some of the reasons that drive people to get their story out there…

Selling your story for cash 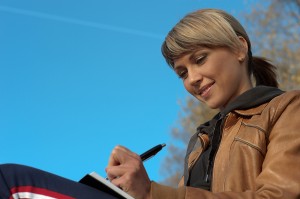 Selling a story to a magazine, or a newspaper or selling your story to TV can be a great way of earning some extra money. You might want to clear some debts, pay off bills or maybe you need some extra cash to go on holiday, to afford a new kitchen or put towards a new car. Money earned from selling a story to the press can also help with legal fees or pay for private health care for a much needed operation. At Featureworld we don’t take any money out of your earnings – you receive the whole payment. This is because we are paid separately by the newspaper or magazine for writing the story.

Find out how selling your story works here.

Sell my story to bring closure

If you’ve been through a terrible time in your life, then getting your story printed in a newspaper can help bring closure and allow you to move on. Interviewees tell us that just knowing a newspaper or magazine is to devote two pages to your story can be therapeutic in itself. Telling your story via Featureworld also ensures your story is told exactly as you want it to be and can be a way of setting the record straight. For example, one interviewee said, ‘I wanted to sell my story to stop gossip. When people asked me about my transition from a man to a woman, I said you can read it here and handed them the newspaper.’

Sell my story as a tribute

One interviewee, who had recently lost her son in heart-wrenching circumstances, told us: ‘Nothing can ever get rid of the grief so I didn’t really want to ‘sell’ my story. But telling my story did make me feel something positive had come out of my son’s death.’ Creating beautiful newspaper or magazine cuttings in memory of a loved one can prove extremely therapeutic. Sorting a story can also be a welcome distraction from sadness in the rest of your life.

If you or a family member has suffered from an illness then you might want to get information about it into the public domain to help others. Telling your story in a newspaper or magazine breaks down barriers. For example, once same sex couples living together was something unusual. But following many stories about this in the press over the years, gay marriage is now completely accepted as a norm. Meanwhile, giving some insight into how it feels to be infertile or how you have coped with a disability can educate others. Many newspapers and magazines are happy to promote a charity by including contact details such as the website address.

Sell my story to gain publicity

You might be starting up a charity, a new business or have a book to sell. In these cases publicity is key and getting it can be the difference between failure and success of your new project. Selling your own real life story behind the start up of your business or charity – or to promote your new novel – can be a great way to launch.

Sell my story to right a wrong

Many people who come to us to sell a story are looking for justice. Perhaps they were the victim of a scam and want to warn others to beware. Sometimes people have been unfairly treated by their workplace or have encountered shocking treatment at the hands of a doctor. Or they might have been the victim of a crime and feel their case was not dealt with properly in the courts. In this case, selling their story for money isn’t the primary objective – but gaining a sense of justice is.

Sell my story to expose wrongdoing

You might have discovered animals being badly treated by a pet shelter or be aware of vulnerable people being targeted unfairly by sales people. Or maybe you have an issue you feel should be investigated. For example, a member of the public came to Featureworld to expose a pet charity and this story appeared in the Mail On Sunday. It is worth nothing that these days, due to the introduction of new legislation, it is often not legally possible to pay whistleblowers but most whistleblowers do not seek payment – they seek publicity for altruistic reasons and in the public interest.

Sell my story to set the record straight

Reputation management. If you have been the victim of cyber bullying or gossip – or if someone wrote a story about you in the press that you didn’t like, or if your reputation has been damaged in some way, you can use the media to give your side of the story. Selling a story to a newspaper or appearing in a feature in a magazine can restore your positive image.

Sell my story to become famous

If you have a blog, a band, you are hoping to be successful on X Factor or get your wacky idea further than being turned down for Dragon’s Den, then you will need to gain some press. Getting your story into a newspaper, a magazine or on TV can give you that crucial boost and be the beginning of a new career…

Sell my story for fun!

Selling your story is fun! You might have a quirky story about your pet cat or decide to take part in a diet and health feature. As well as earning some money, there’s often the chance to have a fabulous photoshoot and make over – or go into some TV studios to see a side of life you might not usually see.  There’s a reason why so many Featureworld interviewees agree to do more than one story!

Story to sell? Then contact us for some free and confidential advice using the form to the right of this page>>>