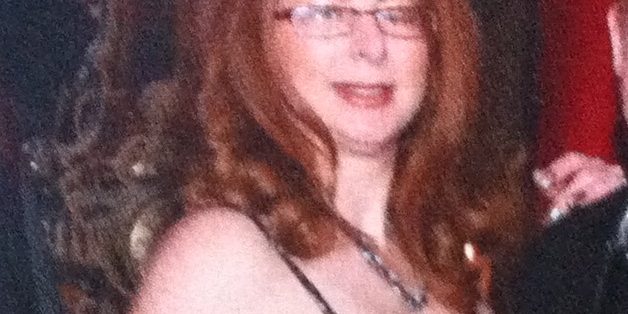 Mum of three Sharon Minkin’s story about how she has found herself  in a benefits trap appears over two pages of  THE SUN. 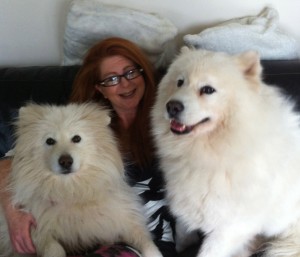 Sharon and her beloved dogs…

Nothing it seems is dividing Britain more than the situation over benefits. Many workers are upset to discover people on benefits are claiming more than they can earn. At the same time, those on benefits say they have found themselves in a bizarre trap. If they take a job, it might leave them unable to feed their families or put a roof over their heads.

Sharon Minkin is a former chartered accountant. Once Sharon earned £120,000 a year working for a City firm. Sharon, who gave up her job after the birth of her second child lived with her husband and their three privately educated children in a £1.6million seven-bedroom house.

But when Sharon and her ex split, she fell on hard times. Unable to get a job after some 18 years out of accountancy work, and unable to afford the £5,000 necessary to retrain, she found herself having to claim benefits.

She receives approximately £32,000 from the State  – but by the time her children’s university fees are factored in (because she is on full state benefit, their fees are paid for by grants which do not have to be paid back) – the full amount is approximately £46,000. To bring this home after tax, she would have to earn around £70,000 a year. 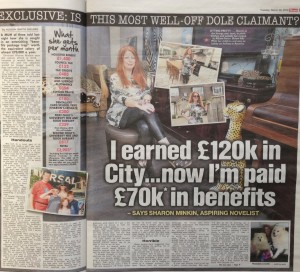 Sharon has been offered jobs – but she’s had to turn them down because they are nowhere near the £70,000 she needs to be able to afford her rent and food. If she worked, her children would be forced to take out students loan and she doesn’t want them to fall into debt.

It would be easy to dismiss Sharon as a benefit ‘scounger’ but she hates the situation she finds herself in.  She wants to work and feels ashamed when she tells people about her situation.

She is writing a novel and hopes the answer to this nightmare will be to find a publisher.

In the meantime, despite the risk she could come in for criticism for simply claiming benefits, she has bravely decided to expose her situation.

She is doing this story to try to change how the benefits work. She would like women to be offered more help to get back to work after a break looking after children at home. She would also like to see ‘transition benefits’ introduced. This would allow people on benefits to get a job and as they earn more, their benefits could be gradually tapered off until they no longer need them.

For example in the area where she lives, claimants must be on full benefits to qualify for housing benefit. Without her housing benefit of £1400 a month (towards her rent of £1600) she and her children could be homeless.

Featureworld has already lined up a major television interview and we are already in direct talks with a UK broadcaster for a documentary to highlight her situation – and the thousands of others like her.

Featureworld is fully supportive of Sharon’s efforts to get off benefits. It is only through exposing the benefits system like this that a fairer system that always makes work pay better than handouts can hopefully be achieved.

Sharon says: “As someone who had a scholarship to a private school and worked at such a high level for years, I hope people reading my story will realise falling on hard times and needing to rely on benefits can happen to anyone.”